Bringing them before the chief magistrates, they said, “These men are seriously disturbing our city. They are Jews and are promoting customs that are not legal for us as Romans to adopt or practice.” The crowd joined in the attack against them, and the chief magistrates stripped off their clothes and ordered them to be beaten with rods. After they had severely flogged them, they threw them in jail, ordering the jailer to guard them carefully (16:20-23 CSB).

True Christianity can expect evil people to oppose it (16:19-21). Often, the opponents, like the people in this account, are motivated by greed, which they think will provide them with happiness. They don’t like to hear about truly loving and caring for others, since they seek to get ahead of everyone else.

Wicked people will use distortion and deceit to ruin their godly opponents (16:20-21). Error uses some truth to gain plausibility, but about the only truth they uttered was that Paul and Silas were Jews. Even that would have been used to arouse prejudice. Most public debate is carried out in this way. Name-calling to arouse fears and prejudice to incite hate are favorite tools. The rest of their charge was a lie. Without a belief in absolute truth, telling lies is a very easy activity. We must remember this as we face other religions, and especially people ruled in their thinking by Postmodernism, which denies the existence of truth and absolutes. In order to face strong opposition, we must pray for strength and our integrity.

True Christianity may lead to terrible suffering (16:22-24). This is impossible to accept, if you think that spiritual success is measured by personal ease and prosperity. Too often we see professing Christians mesmerized by worldly success: “A growing church is a successful church.” Christians fail to consider that growing attendance might only mean that their services are more comfortable to worldly-minded people. Paul performed a great miracle through Christ’s power, but church attendance at Philippi did not zoom to one thousand. “Wow! We’re going to have to start a second service!” By the way, let’s read all the New Testament Scriptures! Yes, sometimes churches might see thousands added to their numbers. But it is just as true that sincere, godly people of faith in God might have little to show for their labors.

This is impossible to accept if you listen to lies claiming that God doesn’t want people, especially his people, to suffer. Paul and Silas, two men of faith yet severely flogged and locked in prison, are a painful refutation of such lies. But the Lord Jesus predicted suffering, for the whole church (Matthew 10:16-39; 24:9), and for the apostle Paul (Acts 9:15-16). And the Lord blessed those who are persecuted because of righteousness (cf. Matthew 5:10-12).

True Christianity is not an easy path. Let us remember what Paul wrote (1 Corinthians 15:19-20). I really don’t know what God will do in our present situation. Hatred grows daily. As Christ’s ambassador, if you trust Him as your Lord and Savior, all I can offer you is a cross in this world—and eternal glory in the world to come! Should we quit? Never! What did Paul and Silas do as they suffered horribly? They prayed and worshiped (16:25)! We will be very wise to follow their good example. 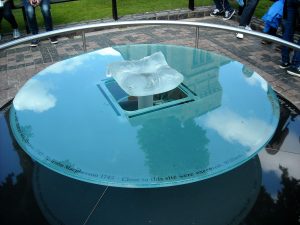 In the Gospel of Matthew, we encounter five great discourses or teaching sections of Jesus. Each of these contains essential lessons from the Teacher to his learners (disciples). The first, third and last in the list below bear the names usually attached to them:

Matthew 10 is linked to the end of the previous chapter (9:35-38). In it we observe Jesus involved in the work the Father gave him to do and his prayer request for laborers for the harvest. Matthew 10:1-4 reveals a partial answer to that request. From his learners, Jesus chose twelve to form a special group in which they are also called apostles (“sent ones” – this is the only time that Matthew uses the term). These twelve disciples are listed in pairs, which is suggestive for the way others would be sent out to minister (cf. Luke 10:1).

The remainder of the chapter develops the concept of mission in three ways:

Hopefully, this will give you an overview as you explore this chapter. Read it many times, because it presents attitudes that we need as we join Christ on his mission. Take many notes. Hide this passage in your heart. How can we expect to follow Christ faithfully in this world unless we know his will? 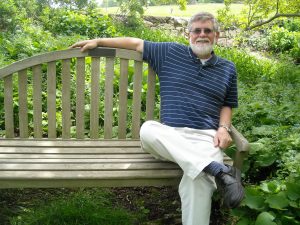 In Psalm 3, we saw how David the king turned to the Lord during a painful time of his life, which was the rebellion of his son Absalom against his kingly authority. Psalm 4 doesn’t give us any information about when David wrote these words. Most Psalms lack this information. We do not need to panic that we don’t have it. The Holy Spirit led the Psalm writers to record their experience with God and life, and so we are able to profit in whatever situation we might be in. As we read, let us remember that this is a song, intended for the benefit of God’s people as they sing together. Notice that the superscription tells us that it was written for the director of music, and that David intended that stringed instruments be used when it was sung. God loves artistic expression, and he desires that we use such abilities as we possess in worship and instruction of one another.

While you and I do not know the tune of Psalm 4, we still may sing it in our souls. Let its truth resonate through your heart. Meditate on it. “Sing it” with your brothers and sisters in Christ. Seek the Lord through it. Your Father in heaven does want you to have “greater joy”.