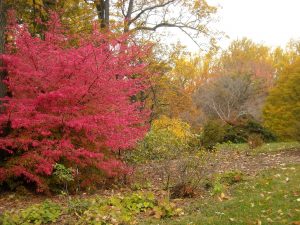 Then Jehoshaphat bowed with his face to the ground, and all Judah and the inhabitants of Jerusalem fell down before the Lord to worship Him. Then the Levites from the sons of the Kohathites and the Korahites stood up to praise the Lord God of Israel shouting with a loud voice. (HCSB)

In our previous articles about clashing desires from the life of Jehoshaphat, we saw the Lord God answer Jehoshaphat’s prayer for help when confronted by a serious problem. God answered by the Holy Spirit coming upon a man in the crowd to give God’s message to the king and his people. God acts in our lives by the Spirit and the Word. By the Word, the Lord told them how he would rescue them. By the Spirit, the Lord enabled them to believe and act on the Word.

What we want to think about next is that the combination of the Spirit and the Word is the spring from which the desire to worship and praise flows. Before the people heard the word by the Spirit, they were filled with fear. A vast army was coming to destroy them! They should have been afraid! But they did the right thing when afraid. When I am afraid, I will trust in You (Psalm 56:3 HCSB). The people sought the Lord in their fears, and he promised to help them. And so, convinced of God’s promise, they began to worship. You must realize that at the time they started to worship, the vast army was still out there and headed their way! Their worship began because of their faith in the promise of God. Now may the God of hope also give us grace to listen to his message to us.

Jehoshaphat led the people in worship. In general, when we see people worshiping the Lord in the Scriptures, it is out of a posture of humility before him. People kneel or bow down or fall prostrate before the Lord of glory. This posture recognizes the Creator’s greatness, holiness, power and authority by those created by him. The Lord had taught them his significance and worthiness by many acts of power throughout their history. They responded to this word based on redemption themes with confession of his greatness.

For this reason, Jehoshaphat and all the people of Judah gathered bowed down before the Lord. Now, what are you really thinking at this point? “Oh, isn’t this a charming story about people of long ago? People used to do such things, you know. But aren’t we sophisticated, affluent people rather above such actions. Primitive people in third world nations might bow down, but us? You can’t be serious!” What do we know in our experience about humbling ourselves before the Lord? When was the last time you were on your knees before him? Has there ever been such a time? Let me encourage you to get down on your knees when you pray in family worship. Sharon and I do.

The Levites led in praise. In general, when we read of people praising the Lord in the Scriptures, they praise with a posture of exaltation and celebration before him. People stand, lift up their hands, lift up their voices, and exalt the Lord’s glory. It is the recognition of the Savior by those saved by the Savior’s love, compassion, goodness, and redeeming works. The Lord had promised to rescue them and to be with them. They responded by lifting up his name with a very loud voice.

For this reason, Levites of two different groups led the people in celebration of promised deliverance. Now, what are you really thinking at this point? “Oh, isn’t this a charming story about people of long ago? People used to do such things, you know. But aren’t we sophisticated, affluent people rather above such actions. Primitive people in third world nations or ‘wild Pentecostals’ might praise the Lord with a very loud voice, but us? You can’t be serious!”

What do we know in our experience about celebrating before the Lord? When was the last time you lifted your hands before him? Has there ever been such a time? Let’s clear our hearts of excuses. I think our real difficulty is whether or not we actually believe that the Lord is God. David, what are you saying? Well, I happened to watch parts of a couple baseball games this week, and I saw people doing worship and praise, similar to the way the people of Judah did in this story. The fans would get bent over with worry when their team was losing or in danger of losing, but when their team was winning or had won, they broke out into exuberant praise. It was very impressive, but it was only for a baseball team made up of mere humans. Yes, people in very sophisticated worldly cultures get very involved physically… when they want to, and we won’t even mention how people all over the world get very physically involved in whatever kind of “football” they’re watching.

Let us think about honoring God. I think there are times we must humble ourselves before the Lord, overcome by his greatness. And I think there are other times we must stand and lift up our hands in praise, overcome by his goodness. At this point, I want to clarify what I am saying. Yes, I am talking about what we do with our bodies, our outer persons. But also, and in a deeper way, I am talking about what we do with our hearts, our inner persons. Do you humble your heart before the Lord? Do you exalt in your heart to the Lord? Are you responding appropriately to the truth about the Lord our God?

Let’s go deeper. Is there a clash of desires in your heart to respond to God like he shows you in the Bible as opposed to responding to God in your own self-pleasing way? Are you telling yourself, “I must seem sophisticated, I must be reserved and dignified, I must not appear zealous or enthusiastic?” Or are you telling yourself, “I must worship and praise God according to the way he reveals himself in his Holy Word?”