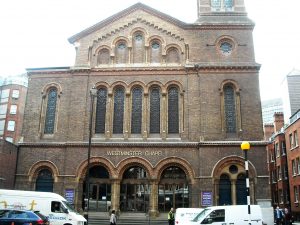 For from him and through him and to him are all things. To him be glory forever. Amen. (ESV)

Today is the 499th anniversary of one of the greatest awakenings or revivals in the history of the church. It is called the “Reformation”, because the people who came under its influence wanted to reform the church to her earliest life, faith, and practices. Like any human event, the Reformation is very complex. We can and should rejoice in the multitudes of men and women who came to trust in the Lord Jesus Christ during those years. Without a doubt, the Reformation changed western civilization, and we still live as heirs to its benefits, spiritual and otherwise.

Yet, while we rejoice, we readily acknowledge that the Reformation was far from perfect. There are many books being published in preparation for the 500th anniversary. The date of the Reformation (1517-1650) is remembered as starting on October 31, 1517, because on that date, a preacher named Martin Luther nailed 95 Theses on the church door in Wittenberg, Germany. His purpose was not to start a religious revolution or a new church. He wanted other teachers in the church to discuss matters of faith and practice that had affected people in his local church. For this reason, he wrote them in Latin, the religious language of the day. However, others translated them into German and published them. God the Holy Spirit used them to get people thinking about what the Bible actually said about salvation, and the revival began. People read them, thought about them, searched the Scriptures, listened to the Word preached and were saved. This explains why books continue to be written about Luther and the start of the Reformation. It is wise to learn about this period.

However, others books should also be written, since the Reformation impacted all Europe and North America. People were brought to faith in Christ, and many great ideas of true Christianity were proclaimed with great vigor. At the same time, the Reformation did not fulfill its promise, because the Reformation was incomplete. Part of the reason for this was human centered politics that ran counter to the God focus of the Reformation itself. Another reason was the slowness of people to think through and apply the ramifications of the truth. Old ideas die long and lingering deaths. Another reason was that any human is on the scene only a short length of time. One hundred thirty-three years passed from the start to the finish of the Reformation. And the children, grandchildren, of those saved in the beginnings had other issues to deal with as the principles of the Reformation worked out in their lives.

Perhaps another day, I will write more about the Reformation. But today, I want to start by mentioning the great ideas of Reformation theology. (Notice that I did not say “Reformed Theology”, which is related but different.) As men and women returned to the Scriptures in the revival, five key ideas were set forth in Latin. Since we do not speak in that theological tongue, I re-present them in English.

We need to recover these Biblical principles in our day, as the good news of Jesus Christ spread around the world. We desire that the truth of God’s grace in the Lord Jesus Christ become increasingly clear, not only in our doctrine, but also in our way of life. As we grasp and apply these concepts, God can produce true and lasting change in us and in the world.