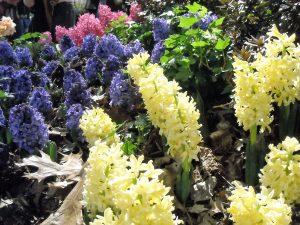 Today, which is Good Friday, we will continue our look at Christ’s first trial before Pilate. The Roman governor asked Jesus two more questions.  He pressed Jesus for more information. “What is it you have done?”

Jesus denied that he was leading a rebellion. He appealed to the events of the arrest to prove that he was not a political rival to Caesar. Anyone who plotted a revolt would have soldiers who would protect him. But no such thing happened. We learn an important principle. Christ’s kingdom is not advanced, promoted or defended by human ways or wisdom. The weapons we fight with are not the weapons of the world. On the contrary, they have divine power to demolish strongholds (2 Corinthians 10:4 NIV). For this reason, we must do God’s work in God’s way; that is, by faith relying on God’s power.

Jesus explained his kingdom. It was not of earthly origin. Jesus constantly talked about the kingdom of heaven or the kingdom of God. Seeing this is so, you cannot become a part of Christ’s kingdom by worldly means—not by birth, not by compulsion, not by joining an organization, and not by going through some ritual (like baptism, communion, confirmation, or the altar call.) Yet to all who did receive him, to those who believed in his name, he gave the right to become children of God—children born not of natural descent, nor of human decision or a husband’s will, but born of God (John 1:12-13 NIV). Thus, his kingdom does not refer to a place, but to a kingship or a rule. To know what this kind of a rule means, study Romans 14:17-18.

Then in a somewhat ironic way, Pilate continues, “You are a king, then!”

Jesus claimed to be a king. In its strict literal sense, the Greek reads, “You are saying that I am a king.” However, the phrase “you are saying” is equivalent here to “yes”. See Matthew 26:63-63 and Mark 14:61-62. Though Pilate might mock or scorn his claim, Jesus firmly asserts that he is a king. In this way he gave a good confession before Pilate (1 Timothy 6:13). At this point the early church took up his banner, and today so must we. “Jesus is Lord” is our good confession (Romans 10:9). Sinners are content if he is presented as a rich uncle, a super psychologist or a great healer. But no sinner wants Jesus Christ as his or her Lord and Leader. No one can truly say, “Jesus is Lord,” except by the Holy Spirit (1 Corinthians 12:3).

Jesus claimed to testify to the truth.

What about you? Are you of the truth? Do you listen to Christ’s voice? Is Jesus Christ your Lord? What evidence can be found in your life? What are you doing to extend Christ’s kingship? You ask, “How can I do that?” Witness. Follow Jesus in making a good confession for his name’s sake. Stand for Christian values. Live in such a way, and speak in such a way that others know that Christ is your King.