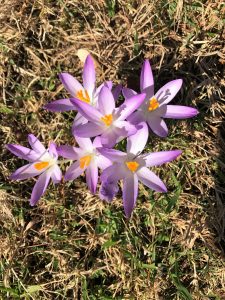 It is good for Christians to remember the events of Palm Sunday through Resurrection Sunday. Our faith is not like other religions that are based on the philosophic speculations of people or the performance of (magic) rituals. Christianity is rooted in history; that is, in what the living God did in Jesus Christ in the space/time world in which we live. We follow the Lord Jesus Christ who lived among people, who was arrested and tried by people, who suffered and died for people at the cruel hands of wicked people, and who rose again the third day and was seen by people. And today many people have their lives deeply changed by Jesus Christ!

The Four Gospels devote a major portion of their content to the events of the Passion Week. Some have called them passion narratives with extended introductions. The early church grasped the importance of the history that occurred and set down these events in its creeds. For example, read the Old Roman Symbol, the Apostles Creed, and the Nicene Creed.

Our text presents the first part of our Lord’s trial before Pilate, the Roman governor. Here we see two striking figures. Jesus Christ, the Lord of glory and the Ruler of the kings of the earth stands trial before Pilate, the representative of the world’s only superpower of that time. Let us peer into this interview. Pilate used three lines of examination, summarized in three statements. We will look at the first of these in this article: “Are you the king of the Jews?”

We need to know the background to this question.

How Christ handled the question.

Pilate wanted to know why this happened, for usually the Jewish religious leaders were eager to follow anyone who stood for the Jewish people against the power of Rome. Therefore, Pilate asked another question. We may expect people to ask many questions when we share the good news of Jesus Christ. People need time to understand the meaning and the truth of the ultimate significance of Christ’s death and resurrection. Rely on the Holy Spirit to lead them to ask the right question. Then rely on the Spirit to direct you to the Scriptures for the correct answers.