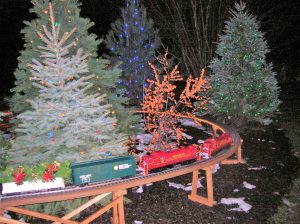 But she was deeply troubled by this statement, wondering what kind of greeting this could be. Then the angel told her: Do not be afraid, Mary, for you have found favor with God. Now listen: You will conceive and give birth to a son, and you will call His name Jesus. He will be great and will be called the Son of the Most High, and the Lord God will give Him the throne of His father David. He will reign over the house of Jacob forever, and His kingdom will have no end (HCSB).

Mary was afraid. She was afraid because of the sudden appearance of one of God’s angels to her and greatly troubled at his message. We easily picture Mary confident and serene after the birth of Jesus. It is difficult for us to see Mary, the very young woman, in an unexpected meeting with a mighty angel from the spiritual realm that we humans cannot presently see. If we think about why she was troubled by his greeting, we might be more perplexed, since it was a greeting of joy and hope. Perhaps, it was because Mary was a very humble person, not looking or longing for greatness. In an instant, God had boldly entered her life, and it would never be the same. That would bring a modest young woman many troubled thoughts.

Observe how Gabriel spoke to calm her. He repeated the truth that God had shown favor to her. This was good news, not something to trouble her. Many a pastor has experienced how tender hearts are troubled about things that ought to make them rejoice. We seem to have a way of imagining difficulties for ourselves. A calm repetition of the truth is the best remedy. We need time to process God’s words to us.

Gabriel moved on with the message God had sent him to deliver. Now listen. He directed Mary to pay attention to God’s word to her. God’s people are to be self-controlled, in charge of our hearts, ready to listen to what the Lord tells us. When you open your Bible, whether privately, with your family, or in public worship, are you prepared to listen? Banish lesser thoughts, rise above your troubles, and listen. To listen is one of the hardest things to do in our time, because we have heard much advertising and stories presented in high-tech bright, flashing array. It is very difficult to listen attentively to God’s word. Mary needed to listen, and so do we.

What did Mary need to hear?

Today, we look for the second coming of the King. This Christmas, as you look at lights, sing songs, open presents, and enjoy your family and friends, remember to fix your thoughts on King Jesus. We are celebrating the birthday of the King, and we must bow in worship before him.