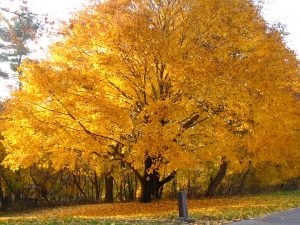 Music is an essential part of the worship of the Lord. As we look at the Psalms from time to time, I hope that each of us will not only accept this intellectually, but delight in songs of worship and praise emotionally and experientially. Although we only know the lyrics and not the music of the Psalms, we know from the superscriptions that they were intended to be sung, sometimes by choirs. To illustrate the dramatic involvement we should have when we read the Psalms, picture the cast of a Broadway musical or a great choir singing Psalm Twelve. The psalm opens with the cast or choir singing the opening four verses in a minor key. A certain hopelessness is generated that leaves the audience almost despondent. Who can stop the arrogant, malicious liars? Everything is ominously quiet as the audience ponders their fate.

Then suddenly, a very rich baritone voice breaks the gloom and sings in a major key the words of hope found in verse four. “Because of the devastation of the afflicted, because of the groaning of the needy, Now I will arise,” says the Lord; “I will set him in the safety for which he longs” (NASB). The psalm communicates the great truth that our deliverance comes from outside of human capabilities. Rescue comes from the Lord. It takes his powerful word to oppose and to overcome the lies, the malice, the pride of the ungodly. We might look at the situation and mourn, but the living God can speak and produce victory. As in the time of the Exodus, God observed the suffering of people and promised to act (Exodus 2:23-25; 3:7-8; 6:5). Someone might wonder, “Why doesn’t God act immediately?” Remember the plan of God. The time of rescue from Egypt came according the time that the Lord had announced to Abraham (Genesis 15:12-16). According to the same pattern, the time of rescue from the ungodly will come at the Lord’s appointed time. This gospel of the kingdom shall be preached in the whole world as a testimony to all the nations, and then the end will come (Matthew 24:14 NASB). Until that time we live and wait in hope of the promised victory.

Next, a beautiful soprano voice rejoices in the promises of God. The words of the Lord are pure words; As silver tried in a furnace on the earth, refined seven times (Psalm 12:5 NASB). Listen to the voice delighting in the security of what God says. Part of the worship of God should involve remembrance of his promises. Think of the hymn that we know as “How Firm a Foundation”. Originally it was called “Scriptures Promises” and then as “Exceeding Great and Precious Promises” (from 2 Peter 1:2 KJV). Here is the opening stanza:

How firm a foundation, ye saints of the Lord,
Is laid for your faith in His excellent Word!
What more can He say than to you He hath said,
To you who for refuge to Jesus have fled?

We must live in faith on the pure words of God.

The psalm closes with a grand response to God’s precious promise from the whole choir or cast. You, O Lord, will keep them; You will preserve him from this generation forever. The wicked strut about on every side When vileness is exalted among the sons of men (12:7-8 NASB). With hope based on God’s word, his people can expect him to keep and preserve them. Has this changed the situation that induced the cry for help? In one sense, it hasn’t. When the people of this world exalt vileness, they will strut about, boasting that they can do whatever they want. But in another sense it has for God’s people, because they confidently anticipate the change, the new finality of the new creation in new heavens and a new earth. God will eternally keep us in his constant care.

The question is, “Are you willing to live in this firm hope?” We can all want “heaven now”. But our God is working out his plan of good news for all the people groups of the world. Our part is to pray and to spread the good news everywhere. Follower of Christ, you and I share in the assignment to tell others. Let’s pray for specific people to whom we can make known the way of salvation.