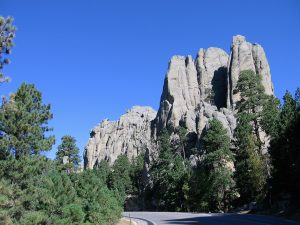 The Lord God has given people desires or longings. As we live in this world, we develop other desires according to our circumstances, abilities, etc. These desires can be either holy or wicked. In this article, we think again about the good desires that Jehoshaphat, king of Judah, had.

Jehoshaphat had a desire to seek the Lord (17:3-6). Notice how this godly desire worked out in his life.

Comment: Some people might say that evangelical Christians are professional liars, because we say, “Jesus is Lord,” while we live contradictory to our confession. My friends, we should not try to answer that accusation with words but with lives that are devoted to Christ’s lordship. How are our lives saying that Jesus has set us free to live for God? But first, do you confess that “Jesus is Lord”? Listen to Romans 10:8-13. But what does it say? “The word is near you, in your mouth and in your heart” (that is, the word of faith that we proclaim); because, if you confess with your mouth that Jesus is Lord and believe in your heart that God raised him from the dead, you will be saved. For with the heart one believes and is justified, and with the mouth one confesses and is saved. For the Scripture says, “Everyone who believes in him will not be put to shame.” For there is no distinction between Jew and Greek; for the same Lord is Lord of all, bestowing his riches on all who call on him. For “everyone who calls on the name of the Lord will be saved.”

This weekend, think about the way you worshiped. First, did you gather with other believers? Second, did your worship conform to the pattern set forth in the New Testament Scriptures? How do you know that it did? Third, what good results came from your worship? Did it transform you and others?