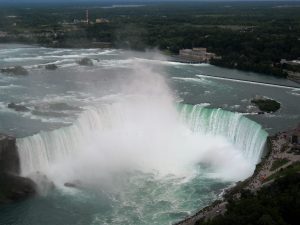 Today we start a series of articles about “When Desires Clash”. We can see a serious clash of desires in the life of Jehoshaphat, king of Judah. Jehoshaphat was one of the better kings of the southern kingdom of Judah. (There were no godly kings in the northern kingdom of Israel.) He did many things that were pleasing to the Lord, because he loved the Lord. His good actions came from a good heart, since all our words and actions spring from the inner person of our hearts. But his life was also marred by various failures that occurred when he gave in to evil desires. In other words, Jehoshaphat was a lot like you and me. At times I imagine what it would be like if churches advertised that they were not perfect. The slogan could be: “Welcome to Messy Community Church, where it’s okay to admit that you are having spiritual and personal problems. But here by God’s grace, we also want you to see real change – to become increasingly like the Lord Jesus.”

All of us have desires. We have good, God-given desires, such as hunger, thirst, sex, dominion, safety, and comfort. We also have desires such as longings for wealth, prestige, and so forth. All our desires seek satisfaction, and our lives are formed very much by what wants we pursue. In the story of Jehoshaphat, we encounter a good man, who struggled with evil desires, like we all do. Most of his life, he gave himself to the good desire to love the Lord God. But there were other times, when evil desires worked against the ruling desire of his heart. In other words, his life was messy, and we can learn from the messiness of his life.

The Chronicler records the story of Jehoshaphat more extensively than the writer of Kings, and he presents it in four parts: his early reforms, his near fatal alliance with Ahab, his correction and recommitment, and his leadership in a time of national crisis. May God give us grace to really learn and change, as we read about God’s work in Jehoshaphat’s life. Today we will look at one of Jehoshaphat’s good desires. He had a good desire to strengthen his kingdom (17:1-2, 12-19).

Jehoshaphat understood his situation and what needed to be done. His kingdom had weakened during the later years of his father Asa, while the northern kingdom of Israel had been strengthening under Omri and Ahab. He made best use of his resources to counteract the growing threat from Ahab. As a national leader, he had to use do this by building up his military.

In a similar way, what do you do in spiritual warfare (cf. Ephesians 6:11; 1 Peter 2:11)? Fleshly means are ineffectual and misconstrue the enemy. Yet the problem of the American church for forty years has been that of trying to win a spiritual struggle with this-worldly methods. The result has been a poor imitation of the world that hasn’t helped but seriously complicated the crisis. We need to return to the gospel, which is the power of God for salvation (Romans 1:16-17).

Jehoshaphat continued with his plan, as the Lord prospered it. When we read history in the Bible, we must maintain a proper sense of time. From a literary perspective, time is compressed to present key points. But in actual life, what Jehoshaphat did occurred over many years. He could not build a strong military force with adequate defensive capabilities in weeks or months. It was a long-term program.

In our culture, we expect and demand instant results. If something doesn’t work quickly, we wrongly assume that it will not work at all. Oh, someone might tritely say, “Rome wasn’t built in a day.” But the attitude of perseverance to accomplish spiritual goals is strangely lacking. Christ’s plan is clearly, concisely stated in places like Matthew 28:19-20; Luke 24:44-47. We need to persevere in his plan. There is no other way to build a local church, and it requires huge investments of our time into the lives of people in order for them to become followers of Christ. Only rarely do we see anyone turn from sin to trust in Christ quickly, and even in those times, God was already at work in their lives. Jesus has sent us into the world, so we ought to seek to make disciples where he has placed us. You and I must maintain a constant missional perspective. Let’s pray and reach out to people that they might become fully committed followers of the Lord Jesus Christ.