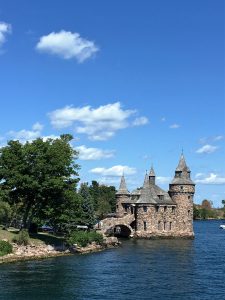 Last night Sharon and I attended an informational meeting about Social Security. The presenter went over recent changes and how they can affect a person’s financial strategy. But a couple times he mentioned that changes can be made to the system at any time by Congress. The old adage that goes something like this came to mind: “Past performance is no indicator of future returns.” With that in my mind, I thought about if and how that saying applies to the truth of our Lord’s reign over our broken world.

In one sense it is definitely not true, because many times in the Bible God assures us that what he has done for his people in the past, he is surely able to do, and will ultimately do, to rescue us from the brokenness of our world. However, in another sense it is true, because we cannot expect our sovereign God to act in our lives in exactly the same way that he acted in David’s life, or in the lives of many others. Some misuse the narrative portions of the Scriptures as guarantees that God will do the same for us, “if we have faith”. That is false teaching and clearly not supported by the God’s word. The Lord delivers some, while others he helps to endure severe suffering. (Read carefully Hebrews 11:32-38). For example, though Elijah prayed and God ended the drought does not mean that you or I can pray and God will end droughts. Elijah acted in faith on the orders that God gave him, and not on his own desires. With that in mind, let’s think about what God did for David and his kingdom, as God pursued his plan of sending the Messiah.

So then, David leads us to worship the God in charge of this broken world. We need this big picture, because at times all we might see and think about is the pain and sorrow of brokenness. Perhaps you are in a rough situation today, or you might have family and friends that are. If so, look at an enduring reason for hope: the sovereign God rules over the nations. He will bring all his people to the refuge they need.