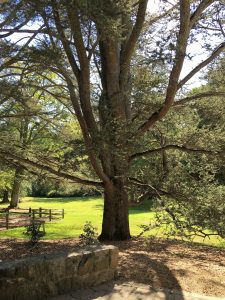 Life in our world is inconsistent. Circumstances vary like the changing of the wind. Winners become losers, and losers surprisingly win. The powerful suddenly fall, and the lowliest rise to rule. Years of good health unexpectedly end, while others have their strength renewed when recovery appeared hopeless. We have learned from this psalm about the Lord’s certain triumph, but the bright prospect of eternal joy does not mean that the walk of Christ’s people through this broken world is a pleasure tour. We can expect the ultimate victory of Jesus the Messiah, but God’s chosen path to that end is a journey of ups and downs. David willingly wrote about this aspect of the true story of God’s glory.

Life’s changes make us renew our prayers (9:13-14). In the previous verses, it seemed that David was very confident (9:7-12). He believed that God would act for his good. However, hope is not equivalent with instant deliverance. David was still in the midst of suffering at the hands of his enemies. For this reason, he continued to call out to God. Consider his requests.

Next, David prophesied about the destiny of the wicked (9:15-18). In this section of the song he used a number of “prophetic perfects” that view the outcome as already accomplished. This is necessary in the life of faith. In our present circumstances, we might not see the immediate downfall of the enemies of the Lord and his people. As the old hymn says, “Oft the wrong seems oh so strong, but God is the ruler yet”. Notice that David wrote that the wicked unwittingly contribute to their judgment. They fall into the pits that they dug for others. An example of this is wicked Haman in the book of Esther. The wicked “return to Sheol” (9:17 HCSB). Sheol is the realm of the dead. Since sin and death are partners (Romans 5:12), their destiny is the fullness of the realm in which they have lived. David boldly states the final fluctuation. Though the present may be very difficult, the needy and the afflicted who trust in God will never perish.

Finally, David prayed for God to act (9:19-20). Prayer is not wishing for life to get better. It is communication with God to act for his glory and our good to make life better. He called upon God to “arise”. This word occurs a number of times in prayer, and is a bold way of telling the Lord to get up and act quickly. Yet the Spirit of God led David to pray in this bold way (2 Samuel 23:2). So then, we should follow David’s example and present our requests with boldness. He also asked the Lord to produce a change in the attitudes of their enemies. The nations need to know that God rules over all. They are not in charge; God is. In the chaos and confusion of the world, we can pray this also. Perhaps some will come to repentance when they realize that Jesus and the gospel will prevail over their schemes.