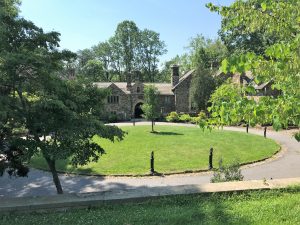 Our last section in the life of Joseph served as a picture of electing grace. This one illustrates repentance. Joseph worked to draw this out of them so that his relationship with them could be restored. Again, let us remember not to push the details of this historical narrative too far. The repentance of the brothers is evident, but everything is not a parallel to what happens in conversion.

First, we see a change of mind (44:1-13). Joseph had a clever plan to discern his brothers’ hearts (44:1-5). He had to use this stratagem (cf. 1 Samuel 16:7). Though God knows our hearts (Jeremiah 17:10), he, too, uses events to bring out our repentance and faith; for example, Abraham, Genesis 22:12. Joseph’s action is not a model for us to follow. The fact that any Biblical character did something is not in itself a warrant for us to do the same. The imperatives of the New Testament set forth God’s wisdom for our way of life. The narrative sections of the word provide examples of how men and women honored or dishonored the Lord by their choices. We must compare their choices with the imperatives.

The change of mind produced evidence of their repentance (44:6-13). They acted honestly regarding the silver. Previously, they had sold Joseph for silver, but now they had offered the silver back to rescue Simeon. They also were loyal to Benjamin. Although he was Rachel’s son, they cast in their lot with him. They acted as brothers ought to act. They didn’t say, “Too bad Ben; a rather sorry turn of events for you. Keep a stiff upper lip, young man.” They did not leave him even when they had the liberty to leave. Instead, they tore their clothes as a sign of their sorrow. Their remorse, at least, would be evident when they were taken to Joseph. While there have been emotional excesses in the past when people were converted, I hardly think the present lack of emotions is healthy either (cf. 2 Corinthians 7:8-11).

Second, they pleaded for mercy (44:14-34). Immediately, they had to face Joseph’s seeming reluctance (44:14-17). He put on a stern face to draw out their true attitudes. Consider Christ and the Canaanite woman (Matthew 15:21-28). Jesus used this means so that she could express her faith. The brothers had nothing to say in their defense. What could they say? Though the parallel is imperfect, note Romans 3:19. Joseph declared his justice (44:17). They tried to bargain in the face of their uncovered “guilt”, 44:9, 16. Both times the answer was justice. God doesn’t want bargains from the sinner. He demands justice. What hope can a guilty sinner have? Only the death of Christ our Sin-bearer. God presented Christ as a sacrifice of atonement, through the shedding of his blood—to be received by faith. He did this to demonstrate his righteousness, because in his forbearance he had left the sins committed beforehand unpunished—he did it to demonstrate his righteousness at the present time, so as to be just and the one who justifies those who have faith in Jesus (Romans 3:25-26 NIV).

Third, Joseph made a great and gracious discovery (45:1-3). His time had arrived. In his case, it came at this point, in part, because of his human weakness. His emotions were so strong they overcame any other possible courses of action. Emotions are very powerful in humans. Facts and logic will matter little to anyone under their control. Ask yourself, “What is ruling me, my mind or my emotions?” Joseph wanted his disclosure made in privacy – only to his brothers. The relation between Christ and his people is intimate, like that between husband and wife. He meets us privately. The world has no part in it (cf. Matthew 7:6). He revealed his identity. This was unbelievable to them. Wasn’t Joseph dead? They had told that story so long that they believed it. What would he do to them? “What a discovery the soul makes when it perceives that Jesus whom it crucified is Lord and God” (Spurgeon, cf. Acts 2:37).

Let us learn the following for our own growth. There is hope of repentance for those we esteem unlikely to repent. “We cannot judge what men are by what they have been formerly, nor what they will do by what they have done… Those that had sold Joseph would not now abandon Benjamin” (Henry). We should learn what our attitude should be in reaching out to people who have changed their minds (cf. Luke 17:3-4). Most of all, learn God’s attitude toward every repentant sinner. Read Luke 15 on your own.