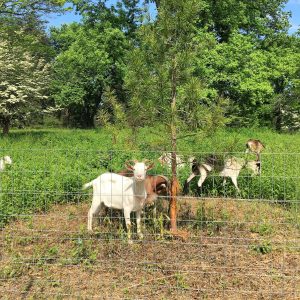 In a few hours, Joseph’s life changed forever. Sold by his brothers without mercy to slave traders, his dreams and hopes apparently disappeared forever. I don’t think that we can comprehend the desolate anguish as he was carried away. And what of questioning God? Had the Lord of all turned against him to deny his hopes and bring him bitterness? It would take over twenty years for young Joseph to see any positive answers to those questions. We should not imagine that the Lord God rushes to resolve our personal traumas.

Joseph’s enslavement had other consequences for the family. The first to experience the outcome were his brothers, who did the evil act. How could they explain their brother’s disappearance to their father? They resorted to an act of deceit.

The occasion was Reuben’s trauma (37:29-30). As the oldest son, he was responsible for his younger siblings. If you’re the oldest in your family, caring for them might have been the first serious responsibility you experienced. “Watch your brothers and sisters while they play outside. Don’t let them go out of our yard!”

Reuben had thought he had everything figured out, but all events are in God’s hands instead of ours. Though Reuben had planned to return Joseph to his father, the Lord had a different plan, and his prevailed. The plans of the heart belong to man, but the answer of the tongue is from the Lord (Proverbs 16:1 ESV). If we cannot control words, what makes us think we can control actions?

Observe that Reuben was not concerned for his brother’s hardship, but for his own predicament. “Where can I turn now?” He had not dared to risk himself to rescue his brother earlier, relying on his own schemes for an apparently easy way out. When a heavy burden had fallen on him, he lost all thoughts of Joseph. Self-interest becomes a dominating force in a course of sin. It becomes every man for himself. Reuben loved himself very well, but self-love did not lead him to love others, especially his father and his brother. This caused them to come up with a scheme to protect Reuben. They took Joseph’s special robe and put the blood of a goat on it. This made it look like Joseph had been killed by some wild beast. People are very skilled at doing an act of deceit to cover up their real acts and motives. Joseph’s brothers were very sure they would get away with this deceit. But God had a surprise for them years later.

What the ten brothers did affected Jacob in a horrible way (Genesis 37:31-36). His sons deceived him even as he had deceived his father. It should not surprise a sinner when his own lies and deceptions turn on him. Many, many years had passed since he, at his mother’s urging and with her approval, had deceived Isaac. Now, he felt the pain he had caused. Jacob was overwhelmed with grief. He had endured years of hard labor for his uncle, the death of Rachel, and the disgrace of incest, but he finally reached the end of his strength. Let us not be too hard on old Jacob. Remember the old Indian proverb about criticizing someone before you walk in their moccasins. I think an even better lesson would be to listen to the Lord’s advice and pray, “Lead us not into temptation, but deliver us from the evil one.”

What could be Jacob’s and Joseph’s consolation in this severe trial? The character and promises of God Almighty. The name of the Lord is a strong tower; the righteous run to it and are safe (Proverbs 18:10). Had God forgotten Jacob and Joseph in their grief? Not at all! Even then he was working for their good. We could not have proved that to either man during their sorrows, but it was very true.