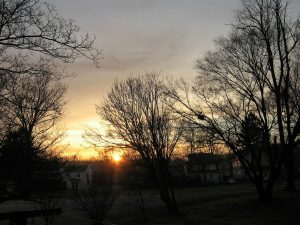 And Moses said, “This is the thing that the Lord commanded you to do, that the glory of the Lord may appear to you” (Leviticus 9:6 ESV).

Leviticus presents the worship and way of life of God’s old covenant people. The time of the law or old covenant occupied a specific period in the history of redemption. It started at the giving of the law covenant at Sinai after the exodus from Egypt. It ended with the great events of the gospel: Christ’s death, resurrection, ascension, and pouring out of the Spirit on Pentecost. God’s people under the law were required to live under its rituals and regulations. We look at that time from the perspective of its fulfillment in Jesus the Messiah. Or, perhaps I should say, we ought to look at them that way. But do we know enough about that time to understand what God was doing during the working out of his plan in redemptive history?

Exodus tells the story of God setting his people free from slavery in Egypt, the formation of Israel as his covenant people, the giving of the law covenant, and the building of the tabernacle. It was at the tabernacle that the sacrifices listed in Leviticus 1-7 had to be offered. Leviticus 8 tells us about the consecration of Aaron and his sons to offer the sacrifices of the law. Here we see the binding together of the priesthood and the law as referred to in Hebrews 7:11-12.

This brings us to Leviticus 9. The significance of this chapter is overlooked, because we forget or fail to consider the larger story of God. When God gave the law, he caused his glory to shine (Exodus 19-24). After the people had sinned with the golden calf, Moses pleaded that he would let him see his glory (Exodus 33). When the tabernacle was set up, the Lord’s glory filled it (Exodus 40:34-38). In our text at the start of this article, Moses told Aaron and his sons that the Lord had promised an appearance of his glory to them. The living God had committed to make known his glory through their worship. People could know that the God of glory was with them. He was in a covenant relationship with them. The glorious God had accepted them as his people.

The end of the chapter records the historical event of this fulfilled promise. Aaron made the prescribed offerings, as the Lord had commanded (Leviticus 9:8-22). Read that passage like you were there watching. What would happen next? And Moses and Aaron went into the tent of meeting, and when they came out they blessed the people, and the glory of the Lord appeared to all the people. And fire came out from before the Lord and consumed the burnt offering and the pieces of fat on the altar, and when all the people saw it, they shouted and fell on their faces (Leviticus 9:23-24). Some truths to think about:

In the new covenant, we also experience the glory of God. On Pentecost, tongues of fire appeared to the church and rested on every member. The Spirit of God had been poured out on the people of God. Now, we are in Christ, our new covenant with God. We have surpassing glory (2 Corinthians 3:10) and the Spirit of glory and of God rests on us (1 Peter 4:14), the whole new covenant community. Do we respond with praise and worship?