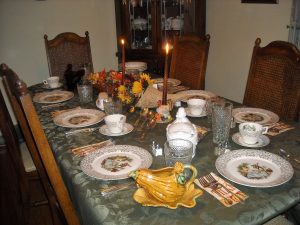 Sharing meals is an important part of being human. From our earliest days, we quickly learn the joy of sitting down at the table with other people. We also learn that there are some people that we would rather eat with than others. No one enjoys eating with disagreeable people, regardless of how fine the meal might be. This transfers to other aspects of human experience, whatever the purpose of the social gathering. Someone might not know another person, so they ask a friend, “What kind of a person is he or she?”

What kind of a person was Jesus? The Bible does not directly answer that, but he was often invited to dinners and other social gatherings. What we do read are presentations of a man of integrity who was very likeable. Let’s reflect on the kind of man that Jesus was, and is. Jesus Christ is the same yesterday and today and forever (Hebrews 13:8 ESV). Jesus was and is full of grace and truth (John 1:14).

View Jesus as a gracious man. At a wedding, he supplied the need for wine. He welcomed a man with many questions at night. In fact, at evening he healed many who gathered at his door. He wasn’t bothered when most people want to be left alone. He spoke kindly to a woman at a well that other people despised. He reached out to tax collectors, whom most people hated. He did not turn his back on people with terrible diseases, but rather healed them and shockingly touched them! When a woman interrupted Jesus while on the way to heal a sick girl, he stopped to care for her. He came upon a funeral procession. A widow’s only son had died, leaving her helpless. He stopped, told the woman to stop weeping, raised the young man, and gave him back to his mother. He called a blind man to him, when everyone else told him to be quiet and not bother Jesus. He welcomed little children and blessed them, though the disciples tried to keep them away. Jesus called the weary and burdened to him and promised them rest. He wept over the city of Jerusalem, not because he would die outside its walls, but because its people would perish because they rejected himself, God’s message of grace to them. Jesus was a very gracious man!

View Jesus as a man of truth. His whole public life was devoted to telling people the message that God the Father had given him. He would teach people all day without complaint. Though he sought rest for him and his disciples, he would happily teach the gathered crowds who pressed upon them. Jesus would speak the truth and act the truth, although he knew that people would rise against him. Think of his boldness at his home town of Nazareth, when they sought to kill him for what he said. Other times, he would tell people their sins were forgiven or their withered hand was healed or they could walk again, although the religious leaders were infuriated by what he did. Jesus welcomed sinners to himself, but he also proclaimed judgment on hypocrites and swindlers that tried to seem very religious. His truthfulness exposed everyone else for what they were, including a Roman governor who sentenced him to death. Jesus boldly stood for God’s truth!

Jesus was full of grace and truth. Do we resemble him? I mean this: We claim to follow him, but do we show forth his kind of character? Are we people of grace, mercy, love, compassion, patience, goodness, and kindness? Do we stand up for truth and tell others the truth of the gospel? We must understand that we cannot really claim to be his followers unless we imitate his way of life and walk in his steps. Jesus said many times, “Follow me.” Do we?