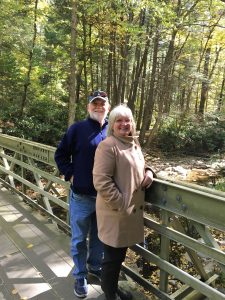 “This is going to hurt me more than it’s going to hurt you.” Yes, I heard those words too many times from my dad when I was a boy. I would think, “Yeah, right. I’m the one who is getting spanked!” I also thought that teachers received some special pleasure from putting red marks on my papers. But now through long experience I know this: One of the tough parts of being a parent or teacher is the need to correct one’s children or students. Yet we must do it out of love. This is the reason that God disciplines his dearly loved children. And have you completely forgotten this word of encouragement that addresses you as a father addresses his son? It says, “My son, do not make light of the Lord’s discipline, and do not lose heart when he rebukes you, because the Lord disciplines the one he loves, and he chastens everyone he accepts as his son” (Hebrews 12:5-6 NIV). Let’s think together about the substance of the correction that the Lord gave to Jehoshaphat.

But first, here is a brief analysis of his sin. Notice the parallel structure in the prophet’s charge. Jehoshaphat had helped the wicked, meaning his multi-level alliance with Ahab. Perhaps the term “wicked” would expose the evil of his action to Jehoshaphat. But in typical Hebrew communication pattern, Jehu restates the matter to bring out what Jehoshaphat had done. He had loved those who hated the Lord. Consider the words of Jesus (Matthew 6:24). The Lord expects the full devotion of our love; his holy jealousy is aroused when we give it to others. Now was Jehoshaphat completely “gone” at this point? Far from it, as the next statement by Jehu the prophet makes clear (19:3). Jehoshaphat had yielded to clashing desires that wreaked havoc on his life. Yes, he loved the Lord, but his heart was on a wild chase to fulfill other desires, and he had to face up to how this was ripping him apart.

The prophet announced corrective action by the Lord. Jehu did not give details, but as we see from the next chapter, a vast army would come against him. Jehoshaphat had been fighting the wrong battle, and so now he would have to fight a battle he didn’t want. The fact that the Lord mercifully bails you out of some consequences does not mean that he will get you out of all consequences. God disciplines the children he loves (Hebrews 12:4-11).

The prophet acknowledged what Jehoshaphat had been doing well (19:3). The Lord knew that Jehoshaphat would need encouragement, especially as he went through discipline. It is amazing to me that evangelical Christians have not been very good at showing mercy, though they claim to love mercy. If someone sins or fails, we have been too quick to write them off, instead of working with them through their struggles. However, the Lord commended him though he had seriously sinned. He encouraged his faltering child about two good things he had done.

Point: The Lord used the good in Jehoshaphat in order to restore him and to build better things into his life. The course of our lives should be on a trajectory toward the better. To help do this, plug Psalm 27:8 into your way of life. My heart says of you, “Seek his face!” Your face, Lord, I will seek (NIV).

The Lord is the God who delights in mercy (Micah 7:18). You may experience God’s mercy in Jesus Christ. He died and rose from the dead in order to be very merciful to sinners like you and me. Right where you are at this moment, you may forsake the wrong desire that has been wreaking havoc in your life and return to the Lord. Do not delay.