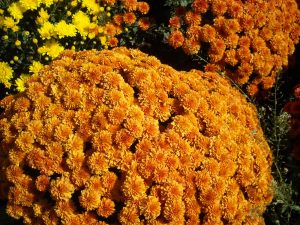 Wrong desires do not always bear their evil fruit immediately. They might require time to corrupt a person’s character, but they are present, slowly working to make it easy for a very bad choice to occur. Jehoshaphat gradually walked deeper into the mire. Notice that the events of this chapter happened “some years later”. But the wrong desire was at last given an opportunity to express itself. It came when wicked King Ahab decided to take advantage of his “most favored nation” status with Jehoshaphat.

Ahab wined and dined Jehoshaphat at a great party (18:2-4). Can you picture Ahab schmoozing everyone at the big state dinner? Ahab had his own agenda. We know from secular history that Ahab had just been in a military alliance with Aram (who owned Ramoth Gilead) and others against Assyria, and in battle had held Assyria to a draw. But Ahab sensed that Aram had been weakened in that struggle, and in cutthroat fashion he desired to pick off Ramoth Gilead, which sat on a lucrative trade route. Yes, money may not be the most important thing in the world, but it’s way ahead of whatever is in second place.

Jehoshaphat yielded to Ahab’s persuasions and agreed to a joint military operation. (Hello, Jehoshaphat? Are you aware of how Ahab had just knifed one of his former partners in the back? Sometimes we do stupid things!) But suddenly, Jehoshaphat had second thoughts and added a condition. “First seek the counsel of the Lord.” My friends, this was doing things backwards. Jehoshaphat should have sought the Lord before he made any promises. Now, it will be difficult to get out of the trap, and in fact he didn’t.

Parents, please listen to this. Don’t quickly agree to your children’s requests. Invest some time in thinking and praying about their requests before the Lord. This will help you accomplish two things. First, it will save you empty regrets from giving permission when you should not have. Second, it will teach your children patience, a quality sadly lacking in our day.

Next, it seems that Jehoshaphat desired correction, since he had asked for the Lord’s counsel. Actually, he walked deeper into spiritual compromise (18:5-7). Many people do this by seeking counsel from people they know will agree with them. They really are not interested to hear the undiluted message of the Scriptures. They look for those who will talk spiritual, use some Bible verses, and mix in a large dose of worldly wisdom that will agree with what they sense in their hearts is wrong.

Ahab gathered four hundred prophets to give Jehoshaphat the message from the Lord that he wanted. Many times when people seek counseling, they don’t really want to change. They merely want to vent or to hear someone say they understand or that they’re doing the right thing. To seek correction is humbling, because you have to admit that you’re wrong and you don’t have all the answers. So most won’t even seek counsel, but vaguely ask for prayer. “Oh, about what do you want me to pray with you?” And the answer comes, “I’m going through some tough times; just pray.” And then the person can whitewash their conscience, because someone has “prayed for them”.

The prophets are not identified, but they are probably not prophets of Baal, since Jehoshaphat had asked for the counsel of the Lord. They are probably prophets associated with the false worship of the Lord invented by Jeroboam I, king of Israel (cf. 1 Kings 12:26-33). So, Jehoshaphat was forced into listening to prophets pretend to be giving a message from the Lord. He could tell that they were not speaking the Lord’s message. You would think he would have pulled out of the promised alliance immediately. But he didn’t; he desired to hear a message that would confirm his unwise decision to get involved with Ahab. Plus, he had made his promises to Ahab! He couldn’t just walk away now, could he? He could have, if he had desired.

Many times we complicate our lives needlessly by failing to take the exit ramp the Holy Spirit creates (1 Corinthians 10:13). Don’t pretend that you can’t get out when the truth is you don’t want to get out. Face the evils of your own heart and repent. By the way, let’s stop playing around with “easily entangling sins” (cf. Hebrews 12:1-2). One reason they easily entangle is because we fondle them.

So Jehoshaphat, who still loved the Lord in his heart, ran through one roadblock and asked for a real prophet of the Lord. “Yeah,” Ahab said, “there is, but the dude scares me. He always says that God is going to get me, and I don’t like him!” So now, Jehoshaphat decided to leave, right? No way, he ran through another roadblock and gave a namby-pamby response. “Oh dear, you shouldn’t say that about one of the Lord’s prophets.” What he should have said is, “I’m outta here!”

It is too easy to see our failures here, isn’t it? But that is insufficient. We must see them and cry out for God’s grace to change! Wrong desires can wreak havoc in our decision making process.