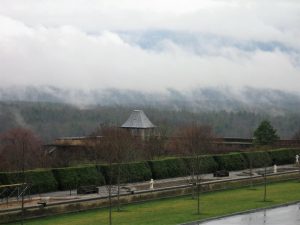 King David trusted God, through the complexities of life. He knew that the Lord reigns forever (9:7). Yet he acknowledged the prosperity of wicked, prideful people. Life throws such complications at us, and we need a mature faith to work through the anguish we can feel. David does that in this psalm. We resume the previous article as he sings the unhappy song of the characteristics of wicked people.

So then, what should we learn as we live in this broken world?

Certainly, it requires much more than our small efforts, and David will write more in this song about the need for God to act. For now, do not complain about life’s troubles. Use them as opportunities to love God and people.