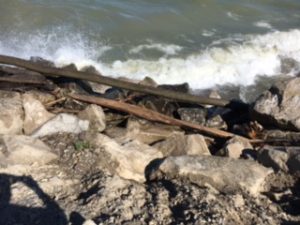 None of us likes to admit that we are wrong. It seems that the worst flaw a person can have in the minds of many is to admit that he or she sinned, failed, had wrong ideas, or made erroneous decisions. “You changed your views!” is the damning indictment to such people. Consistency, even it means driving over a cliff, is the applauded way of action. Such an opinion is foolish and very destructive. The infinite God and his word are unchangeable. People must be ready to amend their opinions and actions to conform to the truth, though we might be ashamed to confess, “I sinned. I was wrong.” Stubbornness is not a virtue.

Asa was stubborn. He refused to change his mind and confess his sin when the Lord sent his prophet to rebuke the king. This brought suffering to God’s people. It also brought personal tragedy to King Asa. Even a severe disease could not induce him to change his mind.

It might surprise us how quickly a person can turn from a life of faith to rebellion against the living God. Part of the problem stems from this: We imagine that sin is a little matter and can be played with. But sin and unbelief are very destructive. His unbelief was not a trifle. His anger (16:10) ripped apart his teachable spirit. James later wrote: My dearly loved brothers, understand this: Everyone must be quick to hear, slow to speak, and slow to anger, for man’s anger does not accomplish God’s righteousness (James 1:19-20 HCSB). You and I must be willing to receive rebuke and correction. It can be unpleasant, but to act in anger gives Satan opportunities. Be angry and do not sin; do not let the sun go down on your anger, and give no opportunity to the devil. (Ephesians 4:26-27 ESV)

In his stubbornness, Asa refused to seek help from the Lord in his illness. His problem was not consulting medical doctors. The Bible nowhere condemns that, but rather encourages us to seek God’s good gifts in medicine. His problem was that he would not pray to the Lord for mercy. Asa became set in his ways. Why not humble himself before the Lord? His stubborn heart had launched into other sins, like pride and unbelief. His life ended in this sad way.

Yet Asa received public honor. Asa was remembered by his people, not for his sins, but for the many good things he accomplished. While we ought to learn from the sins and errors of others, we must have a generous attitude toward others. Every person, even the most committed follower of Jesus Christ, has been ruined in some way by the evil of sin. We must be able to look at others and appreciate God’s work of grace in them. It can be easier to notice their sins than their graces, especially when their particular set of sins clashes with our desires. Remember that love keeps no record of wrongs (1 Corinthians 13:5). It is right to give honor to whom honor is due, even if he or she lacks perfection.

However, we can sorrow over what King Asa could have accomplished, if he had lived continually by faith (cf. 16:7). His own lack of faith caused him to lose an opportunity to lead God’s people in a fresh adventure of faith. He could have set an example by humbling himself before the Lord when the prophet rebuked him. How much Israel and Judah might have profited if Asa had zealously sought the Lord.

Don’t waste your life—even a part of it!