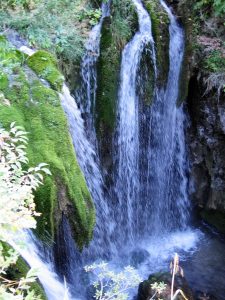 O Lord, hear me as I pray; pay attention to my groaning. Listen to my cry for help, my King and my God, for I pray to no one but you. Listen to my voice in the morning, Lord. Each morning I bring my requests to you and wait expectantly (NLT).

I think Psalm 5 is a neglected psalm. Over many years among many Christians, I have never heard anyone refer to it. In a way, this does not surprise me, since most believers run in narrow streets when it comes to the passages of Scripture they read, especially when they feel troubled, and the few hymns or praise songs they sing in their churches. I like the modern hymn “In Christ Alone”, but I don’t want to hear it every week. Romans eight is a great chapter, but others are just as valuable. I’m not sure why most Christians don’t refer to Psalm 5; perhaps the neglect can be traced to their pastors and teachers. However, this is not our topic today.

This Psalm, which is also by David, shows a man with spiritual intensity. David clearly was a man of strong desires and concentration. He was able to lead a band of unruly men for many years, while being godly. This is a rare combination. David’s passionate nature carried over into his friendship with the living God. He was not reluctant to use bold words and to tell God plainly what he thought about his circumstances and his opponents and about sin and its effects.

I boldly suggest that we all think though the words of our text. Perhaps we need to read them out loud before we pray, yes, even when we pray with others. The Lord wants our hearts (Matthew 22:37). We can start by praying from our hearts instead of merely by reading our requests off prayer lists that are so common in churches. David the king was a man after God’s own heart. Let’s learn from the words of this song.