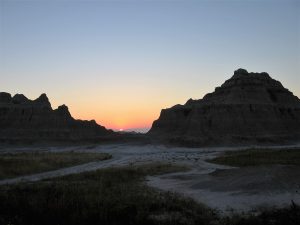 Our God and Father always works to fulfill purpose through Jesus Christ the Lord. God acts in our lives in many ways to bring about the true story of his glory. As the Spirit of God says, This is according to His eternal purpose accomplished in the Messiah, Jesus our Lord (Ephesians 3:11 HCSB). The end of the book of Ruth shows that it is much more than a little story about two struggling widows who needed a kinsman redeemer to set them free and provide for them. It is part of a bigger story, about God providing a king for Israel: David. And that bigger story is actually part of the biggest story, for David is the one of the top two people in the line of Jesus the Anointed (Matthew 1:1). All that happened in the story was controlled by God to lead up to David. In this story of Ruth, God was writing a much bigger story than any of the characters imagined.

There are ten names in the genealogy. Not everyone from generation to generation is recorded; instead, “father” means ancestor in some sense. Biblical genealogies are lists of significance; fifth and seventh names in such lists were held in special honor. In this list, the fifth is Nahshon, the tribal leader of Judah during the wilderness (cf. Numbers 1:7; 2:3; 7:12, 27), and the seventh is Boaz, the kinsman-redeemer, the man who acted with costly kindness and love.

God has a purpose he is working out in human history; he does this through people. God tells us selected names in his word to highlight his involvement with real people in human history. They are not “just a bunch of names”; no, they are people, like you and me. All of them had a significant part in the line of the Messiah.

God works within a covenant community. This list spans many centuries (seven or eight centuries!) in the old covenant era. The Lord’s purpose worked out gradually over a long time. God’s new covenant community stretches over twenty centuries now. We are part of a bigger story than our own lives. We can read of Christians of other times and places and realize that we are part of the story of God’s glory with them

Ruth had gone to Israel to seek refuge under God’s wings (2:12). Does God reward those who seek him (Hebrews 11:6)? Yes, he does! Who could have forecast such a destiny for this widow from an outcast, despised people group? The Lord did more for her than she could have asked or imagined (Ephesians 3:20-21), by putting this outcast widow into the line of the Messiah (Matthew 1:1-17)! As God’s worked out his purpose in this line of people, his goal was not a neat and tidy list, filled with “nice” people. Think of the not so nice people we read of in this genealogy. There is shrewd Abraham, self-centered Isaac, deceiving Jacob, and incestuous Judah and Tamar. Rahab was a prostitute, Ruth a childless widow, and David, oh David, for all God’s blessings on him was an adulterer and murderer. After David, the line continued with Solomon, who was sexually immoral, Rehoboam would not listen to wise counsel, Uzziah was filled with pride, and Manasseh was an idolater, who sacrificed his own children to idols.

Jesus came to save his people from their sins. Even his own family line was filled with sinners, yet he came to be the friend of sinners. Is Jesus your friend? Turn from your selfish ways and trust Jesus to save you; he is the sinner’s friend. God builds his church with outcasts (cf. 1 Corinthians 1:26-29). They have a place in God’s heart; do they have a place in ours?

We have reached the end of Ruth. I hope that you have profited from these articles. I especially pray that they are used by God to lead us all to bring glory to the God through Jesus Christ our Lord.