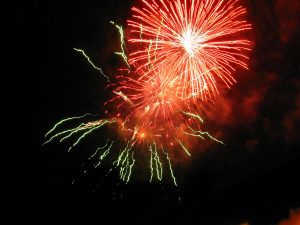 In one of our groups recently, we discussed the topic of God’s sovereignty. Our walk of faith can prosper when we realize that God is in control of all things, that he has a plan that he will achieve for his glory and the good of his people. For from Him and through Him and to Him are all things. To Him be the glory forever. Amen (Romans 11:36 HCSB). We have seen this idea in the book of Ruth several times. In this article, we will focus on it again.

In Ruth, we read the turnarounds that are part of the Lord’s ways. Many times these happen in small events. The small stories are important to God. We have seen God’s provision for two widows. God had given laws about gleaning and a kinsman-redeemer to provide for the needy. At the end of this book, we see him giving Naomi and Ruth a new family. This was very important to them and also to his plan, and so God provided (cf. Psalm 68:4-6). Naomi’s emptiness was replaced with fullness through her daughter-in-law and her son; she could enjoy being grandma to little Obed (4:16). What a great blessing it is to have grandchildren and to be able to hold them on your lap and care for them. Naomi’s arms are no longer empty, because God filled them. Perhaps you face some severe struggles right now. Your outlook might be gloomy, and you might be asking, “Does God care about the little story of my life?” Yes, he does. You are part of his great story and are significant. For this reason, reach out to him in faith. Take refuge in him until the disaster has passed (Psalm 57:1). When you are afraid, trust in him (Psalm 56:3).

God used the unexpected. After Ruth bore a child, the women praised the Lord for what he had done through Ruth. They told Naomi that Ruth was “better than seven sons”. This was high praise for Ruth in a culture where sons were highly sought after. It was the highest honor they could give the former Moabite, who had become a woman of honor. Now, think of what God taught Israel in the Torah. The Lord had given them the two great commands (Deuteronomy 6:5; Leviticus 19:18); he also told them to care for the alien living among them (Leviticus 19:33-34). But ironically, Ruth the alien was the one who taught Israel to care. She was like the Good Samaritan (Luke 10:25-37). God did the unexpected through her.

The women celebrated two blessings for Naomi in the birth of Obed. Naomi was assured of a kinsman-redeemer in her grandson, and she had someone to care for her in her old age. Obed would renew her life or “turn her life back”. This is the same word as “brought back” in 1:21. How Naomi misevaluated her life then! She thought that the Lord had brought her back empty; surprise! God had given her a grandson who would bring back her life; he would sustain her in her old age. God did the unexpected. Have you been evaluating your life by its present circumstances? You need to change your mind and reevaluate them by your relationship to Christ. Are you in Christ? Then you have one who will renew or bring back your life again and again and again. But there is more to see that we in our culture don’t want to see.

The Lord also teaches the importance of community. We need to grow in our understanding and application of the truth of God’s set apart people, of our spiritual family. We need to join with those that Christ has joined us to. If we know the Lord, we are to share our lives with our brothers and sisters in Christ. This means much more than some casual chitchat on Sunday mornings. Our Father in heaven uses the sharing of life of his people to bring about good in our lives. Notice two examples of their community in action.

The neighboring women named the baby Obed (4:17). They named him Obed, which means “servant”. They saw his future as one able to serve Naomi and to provide for her when he matured. The community sensed the significance of the child and shared it with Naomi. Everybody could rejoice in what the Lord had done for her!  Perhaps letting others help name a baby seems strange to us in a self-absorbed western culture, but it seems that the parents would get all sorts of suggestions from their family and neighbors about naming a child (cf. Luke 1:59-66). They had a much healthier understanding of the need for community in a person’s life.

The women of the community celebrated the birth of Ruth’s son and Naomi’s grandson. The birth of a child is an important event in human life and should be celebrated. Sometimes men joke about women’s concerns about bridal and baby showers, but such times are important. Here the Holy Spirit puts God’s approval upon such events by putting this common event into the story; later Jesus showed the same sort of approval by attending a wedding and providing the best wine at the reception (John 2).

We need to be sharing all of life with one another. Read God’s word and pray that it will transform your thinking about your place and function in God’s family in a greater way than you have ever experienced.