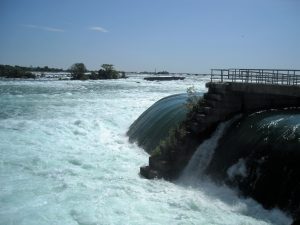 In our previous article we saw that Naomi took a risk to carry out her plan. Certainly, life is filled with risks, but we need to be wise in taking them. Naomi hopefully considered the character of both Ruth and Boaz before she set forth her idea. Whether she did or not, it led to a risqué scene (3:5-7).

The account is filled with euphemisms and suggestive sexual innuendo. Though there is no reason to suspect any immorality between Ruth and Boaz, the words used in the Hebrew text were used with sexual meaning. For “feet” compare Exodus 4:25; and for “uncover” compare Leviticus, chapters 18 and 20. And then there is the suggestive word “lie down” (Genesis 19:32-35; Exodus 22:16; etc.)  I think that these words were chosen by the Holy Spirit to set forth the sexually dangerous situation that Naomi put Ruth and Boaz in. Ruth followed Naomi’s instructions and lay down next to Boaz, as a wife would next to her husband. Obviously, this would place tremendous stress upon Boaz to restrain himself and to act honorably. In the family of God, we must maintain an atmosphere of absolute purity (1 Timothy 5:1-2). We live in a culture that is increasingly sexually immoral and provocative, like the situation that existed in Corinth (cf. 1 Corinthians 6:12-20). Each of us is affected in some way by the immorality that surrounds us. Therefore, we need to act with godly wisdom toward others.

Ruth followed Naomi’s plan precisely. She waited till Boaz had enjoyed a good supper and had stretched out near his pile of threshed grain. He probably did this to protect it and to get an early start the next morning. She noticed the place where he was lying. This was important, since there might have been other men at the threshing floor. Over the years of being a pastor, I saw a few humorous situations about men who did not pay careful attention to where they were about to sit. One man who wasn’t alert even stretched out his arm as he sat down and put it around a woman that he assumed was his wife. You can imagine the scene when she left him know of his mistake in a nice sisterly way. Men, know where your place is!

Ruth took a place beside Boaz and waited for him to speak. Imagine the excitement in her heart! “Okay Naomi, what happens next? Just what am I waiting for him to say?” She had reached the end of Naomi’s plan and needed the Lord to do something. It was a good time to pray. There are times that you have done all that is humanly possible. Ruth, a stranger to Israelite customs and ways, had obeyed her mother-in-law and the outcome was in God’s hands. At times like that, we must wait on the Lord about the matter.

God graciously led them to a righteous outcome (3:8-9). Something awoke Boaz in the middle of the night. The Hebrew can mean “to tremble with fear”, but it simply might mean that he shivered. It seems that Boaz turned to reach for his cloak to cover himself and discovers Ruth lying beside him. You can imagine his surprise! Immediately, he is fully awake. Even in the darkness, he knew that it was a woman beside him (think perfume, etc.), and he naturally asked, “Who are you?” God alone now knows what went through his mind as he waited for her answer, but I can imagine it provided Boaz and Ruth with some humorous conversation years later. For example, “Dear, remember how we met that night at the threshing floor? What were you thinking?”

Ruth made a bold request. She answered his question, but used a different word for servant than at their first meeting. This one identified her as a servant who would be eligible to become his wife or concubine. She also didn’t mention being a foreigner, but simply gave her name. She proposed marriage to Boaz, which is the meaning of spreading the corner of his garment over her (cf. Ezekiel 16:8). I have read that phrase is still used by some Arab tribes today. In addition, it is related to the phrase in 2:12 about taking refuge under his wings. “In essence, Ruth asked Boaz to answer his own prayer!” [Hubbard]

The key idea is that Ruth asked Boaz to be her kinsman-redeemer. She requested that he would pay the price to set her free, as well as to be her husband. This was very daring. She risked total rejection, but she needed a kinsman-redeemer!

In a previous article, we saw that Boaz is a type or shadow of the true kinsman-redeemer, the Lord Jesus Christ. Each of us by nature is in bondage to sin and death and our own evil choices. But the Lord Jesus died on the cross to pay the full penalty to set us free. So then, have you asked Jesus to be your kinsman-redeemer? Consider the room where you now are to be your threshing floor. Christ is near to you in his word by the Spirit. In the quietness of this day, boldly confess your need to be set free. Trust his shed blood to be your ransom, and confidently ask him to be your Redeemer. He will grant your request. Read his assuring words: All those the Father gives me will come to me, and whoever comes to me I will never drive away. (John 6:37).