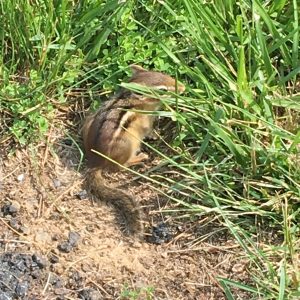 In the Bible we read of many actions of believing men and women that we are not to imitate, though we are to learn from them. Some of these are easy to discern. For example, Moses and the people of Israel sacrificed a lamb at Passover and sprinkled the blood on the doorposts of their houses. Clearly, we are not obligated to do that, because Jesus Christ is the better and final Passover Lamb. Many actions are controlled by the covenant under which they occur. Circumcision was mandatory under the old covenant, but now it is nothing (Galatians 5:2-6). Other matters were plainly for one event, like walking around the city of Jericho to have its walls fall down. As tempting as it might sound to some, God is not calling you to walk around Congress in session until the walls come down.

On the other hand, the Holy Spirit does want us to see what faith in the living God can accomplish (cf. Hebrews 11; Romans 15:4; cf. 1 Corinthians 10:11). For this reason, we must read the Bible wisely, especially the narrative portions. When you read of someone doing something, pay attention to the historical and covenantal setting. The Lord may simply want you to learn from their faith or their failure to walk in God’s ways.

In our text we read of a dangerous encounter. It was planned by Naomi for the good of her daughter-in-law Ruth. I think that both acted in faith at this point. However, the plan was very risky for many reasons, which we will consider. If parts of the Bible were rated like movies are, this passage would have an “R” rating for language and adult situations. Such accounts do not embarrass God, since he created us as sexual beings, and these are matters that he wants us to think about. So then, let us listen to God’s word.

Naomi came up with a risky plan (3:1-4). To see the risk, we need to understand the historical setting. In that culture, parents were responsible for the marriage of their children (cf. Judges 14:1-3). Ruth, as a widowed daughter-in-law, had put herself under Naomi’s authority. For this reason, Naomi wanted to “find rest” for Ruth; that is, a husband for her. At this point it is reasonable to ask why Naomi simply didn’t approach Boaz directly about marrying Ruth. The Bible provides no answer. Given Israel’s history with Moabite women (Numbers 25: 1-3), some suggest that Boaz might have been reluctant to get involved with Ruth, but then we ask, how would a midnight rendezvous at a threshing floor have improved the situation? We must say that we simply don’t know.

In addition, Naomi seemed to approach this marriage proposal under the concept of a kinsman-redeemer (not levirate marriage, which concerned the responsibility of a brother-in-law toward his deceased brother’s wife, Deuteronomy 25:5-10.) Naomi was not asking Ruth to act like a hussy and throw herself at the first man she meets in a bar. No, Ruth acted as a woman in need of redemption. She sought the liberation of herself and the land inheritance of her deceased father-in-law and deceased husband.

Yet Naomi used a daring method to bring Ruth and Boaz together. Clearly, Naomi had been doing some feminine thinking about this first date! She knew where Boaz would be and that he would be happy from celebrating the threshing of grain, which to him meant a full stomach and a full bank account! This was a perfect time to approach a man! Naomi advised Ruth to make herself attractive, which is a good idea for any young woman who is thinking about marriage. Men usually aren’t that attracted to a woman who is dressed like construction worker in a blue jeans commercial. Appearing clean, feminine and sweet smelling is a better way to attract men. A woman needs to dress for the kind of man she wants to attract. It is possible that Naomi might have been telling Ruth to dress like a bride (cf. Esther 2:12; Ezekiel 16:6-14). However, Naomi sent Ruth into a dangerous situation. She had already spoken to Ruth of the danger of being out alone (2:22), but here she sent Ruth out alone at night to a threshing floor, which was a place of sexual encounter in that culture. (Think a cheap motel for current images in our culture.)

People tend to make plans that have a mixture of good and evil and of wisdom and folly. This is the reason we need counsel continually from God’s word and godly people. So then, what are you currently reading in the Scriptures? Are you part of a small group? Read the Bible together as a small group. I encourage people to do this constantly, because it gives not only mutual accountability but also a basis for shared spiritual knowledge. We need to learn together who we are and what we have in Jesus Christ, so that our way of life would show forth his glory.