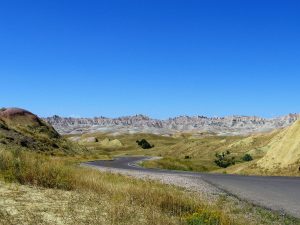 Last time we saw that Naomi’s words forced Ruth and Orpah to face the real consequences that their intended return to Israel could lead to. Naomi painted her situation in bleak terms; there was no hope of her providing husbands for them, which was very important in the ancient world. In addition, Naomi said that God was strongly against her. As Orpah heard all this, she made the sensible, but ungodly choice of returning to Moab and forfeited the spiritual blessings that could have been hers. Ruth, however, made the godly and kind choice by deciding to stay with Naomi. But Naomi did not seem pleased with Ruth’s choice. Now what will Ruth do?

In this section, we hear Ruth speak for the first time, and her words are majestic and poetic. Naomi had been telling Ruth to return to Moab. Ruth responded with a command of her own. She told Naomi to stop pressuring her to leave her. Ruth had become a believer in the true and living God, and she wanted Naomi to realize that great change.

What were the basic parts of Ruth’s conversion?

First, Yahweh (the Lord), the true and living God, became her God. Ruth words referred back to God’s promise that forms the basis of his covenant with his people (Genesis 17:7-8; Exodus 6:6-7; Leviticus 26:12; cf. Jeremiah 11:4). When God is your God, he is your boss, your rescuer, your provider, and your confident expectation. You trust and depend on God alone. You acknowledge God’s right to direct the world and your life in conformity with his goals and purposes (Job 2:10). Ruth’s confession showed that she had the same spirit of faith that Abraham had, and in some ways, hers was more remarkable. She left her native land for the Promised Land, but without any promise of land or assurance of God’s blessing that led Abraham out. She went to Israel without spouse or possessions or servants (which Abraham had) toward an unclear future as a widow in a foreign land with another widow. What was the core of Ruth’s faith? She had tasted and seen that the Lord is good; she knew that a person is blessed if he or she takes refuge in him (Psalm 34:8). She delighted in the Lord, not in his gifts.

Second, Yahweh’s people became her people. Ruth changed her “people group” from Moabite to Israelite. When you trust God, you become part of his people. It’s a package deal (cf. 1 John 4:7-8). In Ruth’s day, God’s people were Israel; in our day, it’s the church, Christ’s new assembly, his body and his bride. So Ruth threw in her lot with people whom her native people had formerly opposed. This has happened throughout history when anyone puts his or her faith in the true God. That might turn your former people against you. Depending on the time period, you could be called such hated names as Christian, Anabaptist, Reformed, fanatic, schismatic, Holy Roller, Bible thumper, fundamentalist, born again, etc. You see, people hate real change—a change of worldview and way of life—and so they despise anyone who stands for real change. Ruth had to “count the cost”. She faced an uncertain future as a widow with no apparent way of support among a people that she did not know. She is an example of the teaching of Jesus (Matthew 8:21; 10:37; 19:29).

Too often, God’s people prove to be a disappointment. Some witty Christian put it this way. “To live above, with saints in love, that will indeed by glory! But to live below, with some saints I know—well, that’s a different story!” Or as another wrote more seriously, “So too we may often find the Lord’s people to be a disappointing bunch, exhibiting fewer of the fruits of the Spirit than we would like… Yet flawed as the people of God are, if the Lord is to be our God then his people must be our people, too” (Duguid). When you hang around any true Christian long enough, you are going to see the sad, disgusting work of remaining sin (the flesh), as well as the better fruit of the Holy Spirit.

Third, Yahweh’s promises became her hope. It is easy to pass over Ruth’s reference to burial, until we remember burial customs of that time. (Consider the burial customs of the patriarchs in Genesis.) People were buried with their people, in whatever hope they had of an afterlife. “Given the intimate connection between land and deity in the ancient Near East, and the importance of proper burial for a restful afterlife, this was the ultimate commitment in the ancient world” (Duguid). So then, Ruth cut all ties with her past, including death and burial. She illustrates the kind of commitment Christ requires of his followers (Luke 9:57-62).

In summary, Ruth’s conversion touched all the dimensions of her life: in regard to geography, all locations; in chronology, from the present to the future; in theology, from idols to the living God; and in genealogy, from the Moabites to the Israelites. She committed herself to a new way of life. Though Ruth did not know it, her conversion would result in her becoming part of the line of David and of Jesus Christ. Her conversion was part of a much bigger story than her own.