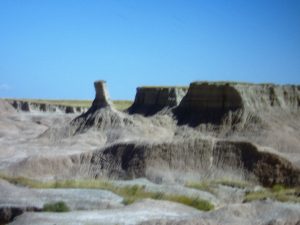 In late December 1734 in a small town in western Massachusetts, God started one of the largest, culture shaking events in the history of the world. After Pentecost and the Reformation, in the First Great Awakening, the Holy Spirit added millions to the church. The preacher in that frontier church was one of the greatest thinkers that America has ever produced, but it was not his intellect and certainly not his preaching style that occasioned the awakening. Instead, it was his plain and direct preaching of the good news of God in Christ for the justification of sinners by grace through faith that the Spirit of God used to turn many from darkness to light, from the power of Satan to God. Edwards wrote an account of the start of God’s great work that others entitled A Faithful Narrative of the Surprising Work of God in the Conversion of Many Hundred Souls. (They liked long book titles back in that day!) Edwards and others were surprised by God by the sudden conversion of many people.

In our text we read of the surprising work of God in the conversion of one woman, Ruth, who as Paul would later write about other Gentiles, turned to God from idols to serve the living and true God (1 Thessalonians 1:9b). The surprising nature of Ruth’s conversion is seen in her personal background, the distressing circumstances of her life, and a rather reluctant evangelist named Naomi, who seemed determined to push Ruth away instead of drawing her new to the true God. Her whole return to God provides us with hope for the salvation for our family, friends, and neighbors. And perhaps if you do not yet know the risen Lord, it will give you new hope for a fresh start in life with God.

The story of Ruth continues as three widows faced reality (1:10-13). We tend to focus on the individuals involved, but remember that God was doing more than bringing these women to a crucial moment in their lives. The living God was about to act through what worldly-minded people consider a very insignificant conversation to lead to a world changing event.

Ruth and Orpah had decided to return to Israel with Naomi (1:10). This was admirable loyalty and continued kindness toward their mother-in-law. In our culture where people wreck their families for silly and selfish reasons, their steadfast love is a bright example that people should stick to basic relationships. However, at the same time, such commitments should not be shallow, or they will fail to produce the ongoing kindness required as life gets tough. At least one of the young women had failed to think through the consequences of her decision. God used the still troubled condition of Naomi’s heart to crystallize the issues for both Orpah and Ruth.

As we think through this, our goal should be to understand the real-life situation that all three women were in. Naomi was returning to the Lord, but that did not mean that her ideas, attitudes, emotions and words were pristine. God welcomes people back with troubles still simmering in our hearts. We do not have to clear or condemn Naomi for what follows. Instead, the Spirit of God tells us the truth about her, in order that we might learn about God’s grace and our needs more completely.

Naomi continued to urge her daughters-in-law to return to Moab (1:11-13). She did this in three ways.

Here are couple remarks on Naomi’s view of her condition. We’ll explore this in more detail in the last section of chapter one, God willing.

Let us praise God for his mercy when we say some less than intelligent and godly statements. He knows that we are painfully short-sighted children at our best. We love to make bold assessments about God and our lives when we know too little. Yet, the Lord can use our failures to help others find their way to him. God used Naomi’s word for the spiritual benefit of both women. If they would decide to return to God (be converted), they would have to choose in full knowledge of the necessity of faith. Conversion involves the repentance or a change of mind. We come to understand about God, ourselves, sin, and Christ and salvation in a new way. But faith or dependence upon God is also crucial.  They would have to enter the kingdom of God consciously dependent on him. Has this happened to you? Are you relying on Jesus Christ for salvation?