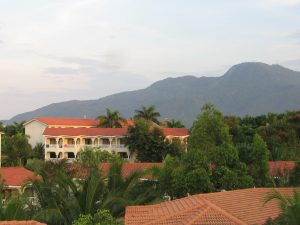 We anticipate that people will act according to their character and their worldview. Moms are supposed to be tender and affirming; judges are supposed to uphold justice; servers in restaurants are supposed to be happy and considerate (at least if they want a generous tip). When we meet people, we tend to classify them immediately. We may or may not approve of their actions and personality, but we assume that they act consistently. Then we make adjustments when they are in our immediate world. Think of the grouchy boss or the snoopy person on Facebook. We learn how to adapt our interactions with such people.

Israel had been in exile from the Promised Land for seventy years. During that times they suffered at times and thrived at others. This happens. Some live in misery and bitterness, while others profit from the situations. One reality that all the exiles in Babylon and then Persia endured was that they were not free. They had been taken out of the land by the will of the Lord, and they had lost the old covenant way to worship and to draw near to God (at the temple offering sacrifices through the priests). Oppression and separation had become the “normal” for them after seventy years. There wasn’t any reason to look for change, as long as they were under the heel of the world’s superpower of their time. Or was there?

The Lord teaches us in his word that he is able to change the normal situation and to provide unnormal provision for his people. Yet we are so accustomed to the normal that we feel that the normal we are in now will always be normal. The post-exilic books (Daniel, Ezra, Nehemiah, Esther, Haggai, Zechariah, Malachi) are unfamiliar territory to most readers, with the exception of Daniel. We ought to read them, since the Lord God has much material in them which will build hope (Romans 15:4). Since the new covenant people are “scattered exiles” in this world (study 1 Peter), there are many lessons in these writings for our profit.

The Lord God who acted in Cyrus’ life is the same Almighty God today. The Lord Jesus, who rules over everything for the good of his church, knows what we need for the mission he gave us. He can change human governments, in order that we might be able to reach people. Or he can give us Holy Spirit boldness to act during opposition and adversity. May we be encouraged that the Lord is able to give whatever “unnormal provision” we need.