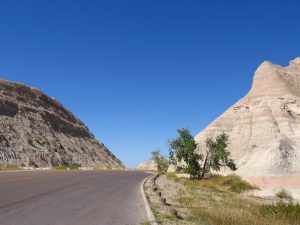 It seems strange. Jesus had healed so many, and apparently had left the paralyzed man unhealed. Instead, he had simply told him that his sins were forgiven. Yet one thing we learn as we read the Gospels carefully is that Jesus acted in situations in the way that would maximize God’s glory. As he cared for people, he also focused on making the greatness of God known. For example, read Mark 9:14-29. Since he is Lord over all, he was not in a hurry to act. We are wise to learn this, instead of demanding that God answers us “immediately if not sooner”. This seems strange to us, until we learn and adopt Christ’s priorities as we follow him.

It seemed strange to the Pharisees and the teachers of the law for a far different reason. They correctly knew that only God could forgive sins, as Jesus had just claimed to do (Psalm 103:3; Isaiah 43:25; Micah 7:18). But Jesus had dared to say to the man in front of everyone that his sins were forgiven. To them this was blasphemy, because he slandered God by claiming to do what only God had the authority to do. This was a serious matter. If Jesus was only a man, they were right in what they were thinking about him, but it seemed too strange to them that Jesus could be more than a mere human.

It surely also seemed strange when Jesus revealed that he knew their thoughts. They assumed they had Jesus trapped, but suddenly the tables were turned and they were cornered. Over many years of preaching, I have wondered what people were thinking about during the message. It has always reassured me to know that I don’t need to know, because the Lord Christ knows exactly what everyone hearing a sermon is thinking about. By the way, when you hear the word preached or taught, what do you think about? But I digress. Jesus knew, and he was going to act so that they might know an important truth (5:24). Jesus, the Son of Man, has power to forgive sins. “Son of Man” was Jesus’ favorite name for himself. The roots of this term in the usage of Jesus come from Daniel 7:13-14. There it was written that the Son of Man was given authority, which is the issue in this event. Does Jesus have authority to forgive sins?

Jesus knew that it was one matter to tell someone that their sins were forgiven and another to demonstrate that he had the authority to do so. This was the reason that he had delayed to heal the paralyzed man. He met the man’s most crucial need first, which was his need of forgiveness of his sins. Now his delay does not seem so strange. So he said to the paralyzed man, “I tell you, get up, take your mat and go home.” Immediately he stood up in front of them, took what he had been lying on and went home praising God (Luke 5:24b-25 NIV). He acted in a way that everyone could know that he could forgive sins, for he gave an immediate and complete healing to the man. Not only was his paralysis gone, but he had strength and balance to go home, carrying his mat, and this without physical therapy. And not only could he walk home, he could return home with the confidence that he was right with God.

Now, it no longer seems strange, but amazing and praise producing. This ought to be our reaction when we read these accounts of the glory of God displayed in Jesus Christ. Praise God that we follow a leader who is devoted to honoring the Father in heaven. Praise God that he is wise to know the right time to act. Praise God that he has authority and power to forgive our sins and to heal us. Have you trusted in the Lord Jesus for the forgiveness of sins? This gift of his grace may be yours today.