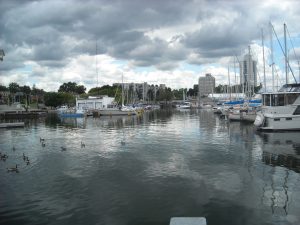 I will extol you, O Lord, for you have drawn me up and have not let my foes rejoice over me. O Lord my God, I cried to you for help, and you have healed me. O Lord, you have brought up my soul from Sheol; you restored me to life from among those who go down to the pit (ESV).

We all need God to rescue us. Some of these might be very dramatic. Others might be like a parent acting quickly to intercept their child before they get into dangerous situations. We daily require the help of the merciful God (30:1b-3).

In his mercy (cf. 30:10), God answered David’s prayer for help. We act very wickedly and foolishly when we leave God out of our problems, including our physical problems. We ought to pray before we visit the doctor. Think about King Asa of Judah and what happened to him (2 Chronicles 16:12). “As the writer reflects on his experience, the one thing he seems to recall most vividly is how earnestly he fell back upon prayer in his extremity, and how effective prayer proved on this occasion. The entire experience may be said to be summarized in this one verse” (Leupold).

What help did God give David? He gave David physical healing (30:2b-3). David had been in danger of dying, but the Lord restored him to health. He gave David victory over his enemies. They wanted to gloat over his ruin, but God did not permit that to happen. We still have spiritual enemies who would gloat over our destruction, fall or disgrace. But remember the happy truth of 1 John 4:4. You are from God, little children, and you have conquered them, because the one who is in you is greater than the one who is in the world (CSB).

God lifted David up (30:1b). There is a great and mighty army of people whom God has lifted up, though their problems seemed beyond hope.

The God of grace has lifted us up as well! He has lifted us from the pit of hell, from the sewer of sin, from the swamp of depression, and from the slavery of doubts and fears. O brothers and sisters, will you glorify the Lord with me? Come; let us exalt his name forever (Psalm 34:3).