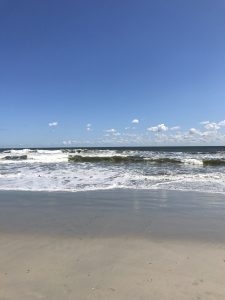 In our previous post, we saw how Joseph completed his earthly pilgrimage with joy. We conclude this series on his life with this: By faith Joseph spoke about the future. By faith Joseph, when he was dying, made mention of the exodus of the sons of Israel, and gave orders concerning his bones (Hebrews 11:22 NASV).

For their immediate future, he encouraged them to rely on the Lord. He comforted them with the same comfort that he had received from his father (48:21). This is a pattern for our lives. Praise be to the God and Father of our Lord Jesus Christ, the Father of compassion and the God of all comfort, who comforts us in all our troubles, so that we can comfort those in any trouble with the comfort we ourselves receive from God (2 Corinthians 1:3-4 NIV). They who believe God’s promises are desirous of persuading others to believe also. That which had sustained him for over ninety years, he now leaves as a heritage of faith to his family.

Joseph had been the means of God’s support and protection for the family. Now that the means was passing away, what would become of the family? He directed them to the actual source of their security: The God who had made covenant promises to his people (50:24). “God’s gracious visits will serve to make up the loss of our best friends. They die; but we may live, and live comfortably, if we have the favor and presence of God with us” (Henry).

For the more distant future, he encouraged them to hope in God. God’s people must journey through this world with their hope (confident expectation) on what God has promised. We don’t look for satisfaction in this present world but in the world to come. Joseph’s family, which would become God’s covenant nation at Sinai, was not to look for satisfaction in Egypt. God had a better place for them, a place where they could flourish as his people. But they would not reach that land for many years. Until then, by faith Joseph spoke two messages of hope.

First, Joseph told them that God would come to their aid. Their way would eventually turn out to be bitter slavery. The people themselves would even turn to idols (Joshua 24:14). But God’s grace is greater than his people’s sins and sorrows. Hear the word of the Lord, “But God will surely come to your aid.”

Second, Joseph prophesied that God will surely take them to the land of promise. Egypt was not to be their home, and as a testimony to them, Joseph ordered that they take his bones out with them in the Exodus. Famous men often want to build monuments to their own honor in this world. Joseph was of a different spirit. Let Egypt do as it wished for the present; he had his sights set on a better country.

God’s people in all ages must keep their eyes on God’s promised rest for them. Let us remember where our home is. We are only strangers and pilgrims here. All these people were still living by faith when they died. They did not receive the things promised; they only saw them and welcomed them from a distance, admitting that they were foreigners and strangers on earth (Hebrews 11:13 NIV). We are looking for a new heaven and a new earth, the home of righteousness (2 Peter 3:13).

Let’s focus on some lessons we can learn from Joseph’s life.