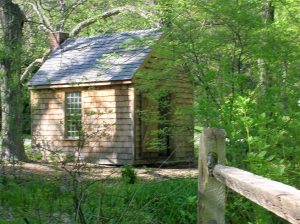 Yesterday, we viewed God’s good purpose (45:4-7). Next, we see God’s great action (45:8-11). So then, it was not you who sent me here, but God. He made me father to Pharaoh, lord of his entire household and ruler of all Egypt. Now hurry back to my father and say to him, ‘This is what your son Joseph says: God has made me lord of all Egypt. Come down to me; don’t delay. You shall live in the region of Goshen and be near me—you, your children and grandchildren, your flocks and herds, and all you have. I will provide for you there, because five years of famine are still to come. Otherwise you and your household and all who belong to you will become destitute’” (NIV).

The Lord exalted Joseph as the governor of Egypt (45:8). Observe his repeated insistence that God had sent him to Egypt. Sometimes it takes a while for the message to get through to people.

We must reassert the truth of God’s sovereignty to a human-centered, naturalistic generation. God had the ability to place Joseph in a position of high authority (cf. Daniel 4:17), and he did.

“Are our leaders appointed by God?” Most surely. “But they’re so corrupt!” Then we ought to call on God to change their hearts or give us new leaders. There used to be a day when Christians would pray for those in authority over them. Listen to the apostle’s words. I urge, then, first of all, that petitions, prayers, intercession and thanksgiving be made for all people—for kings and all those in authority, that we may live peaceful and quiet lives in all godliness and holiness (1 Timothy 2:1-2 NIV).

Joseph intended to use what God had given to him (45:9-11). He gave reassurance that he would care for them. Often the forgiver must reinforce that he or she loves those who are forgiven. This is what the Father has done through the new covenant ministry of the Spirit of adoption. Joseph knew this was necessary. God’s plan was to save their lives, and it included their relocation to Egypt. Observe how generous the Lord is. He paid for their moving expenses! God’s end includes God’s means to his end.

Lastly, Joseph conformed to God’s plan (45:12-15). He insisted that they bring his father down to Egypt. This also revealed his concern for his father’s well-being. And he wanted to be with his father again.

Joseph gave physical expression of his love for them. The repentant need to know that they are accepted again. If anyone has caused grief, he has not so much grieved me as he has grieved all of you to some extent—not to put it too severely. The punishment inflicted on him by the majority is sufficient. Now instead, you ought to forgive and comfort him, so that he will not be overwhelmed by excessive sorrow. I urge you, therefore, to reaffirm your love for him (cf. 2 Corinthians 2:5-8 NIV). Sometimes a hug or even a handshake can go a long way. Joseph was a good picture of Christ. He is never weary of speaking peace to his brothers. “How He is ever striving, by His word and Spirit, to reveal Himself to you, and to get you to see Him! How does He raise you from the dust and set you on a rock that you may sound His praise!” (Candlish, Commentary on Genesis) “These kisses were seals of love, comparable to the witness of the Spirit in believing men” (Spurgeon).