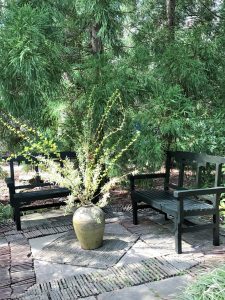 As the Scriptures tell us the story of God’s glory in Christ, some sections are illustrative of God’s acts of grace. Obviously, an illustration should not be pressed at all points, and we should not lose touch with the historic nature of the account. But with that in mind, we can observe some matters about God’s electing grace.

Electing grace is not the result of human effort (43:15-16). Joseph’s brothers were involved in the normal pursuits of this life. Their minds were set on finding food. They were not looking for Joseph. This is a characteristic of the lifestyle of a worldly person, involved in matters of life to the exclusion of God. Jesus calls us to a different way to live. For the Gentiles [the nations] seek after all these things, and your heavenly Father knows that you need them all. But seek first the kingdom of God and his righteousness, and all these things will be added to you (Matthew 6:32-33 ESV). As the brothers were not looking for Joseph, so people do not seek the Lord (Romans 3:11). Sin rules over them so that they have no room for God in their thoughts (Psalm 10:4).

Yet Joseph had a plan to work for their good, a plan for a greater good than they could imagine. All that he has done to this point in time has been with a concern for their ultimate happiness, even if they had to have sorrows along the way. The time had come to interrupt their lives. He wanted to restore his relationship with him, though they had greatly wronged him. God interrupts the lives of his chosen people. He meets them as they go their own way. This interruption comes from his grace alone. View Joseph’s method. Were they seeking food? He would use a banquet to begin to teach them his grace! Or do you presume on the riches of his kindness and forbearance and patience, not knowing that God’s kindness is meant to lead you to repentance? (Romans 2:4 ESV).

Electing grace uses ministers in its plan. His servant acted according to Joseph’s will (43:17). Obedience to the master’s will is the first concern for proper service. Once R.C. Sproul was asked in a seminary class, “Why bother to evangelize if God has chosen who will be saved?” He answered, “I guess possibly because he told us to.” Joseph’s brothers misinterpreted the servant’s obedience (43:18). For this reason, the servant had to deal with their objections. The brothers stumbled over the events of providence in their lives and tried to justify themselves (43:20-22). But the steward pointed them to God as the true explanation for the event (43:23). God was the first cause, though Joseph was the second cause (cf. 42:25). We must tell people that God is involved in human history.

The servant did the most important thing; he led them to Joseph (43:24). He took them to the correct place. Sinners meet the Savior at the cross. Take them there to Christ (1 Corinthians 2:1-2). He dealt with them kindly. God’s servants ought to show forth the generosity, kindness, and compassion of their Lord. Do sinners see the beauty of the Lord when you speak to them?

Electing grace throbs with love. Joseph’s affections were set on them, even when that was hidden from them. He was interested in their well-being and inquired about it (43:27). Joseph was deeply moved when he saw his brother (43:29-30). Compare Christ’s attitude (Hebrews 12:2).

Joseph was self-controlled in the pursuit of his plan (43:31). He would not directly eat with them until the relationship was restored (43:32). He gave evidence of his great wisdom (43:33). He was discerning in his bountiful provision (43:34). In the same way, we should honor God for his wisdom in electing grace. Read Romans 8:28-30 with joy!