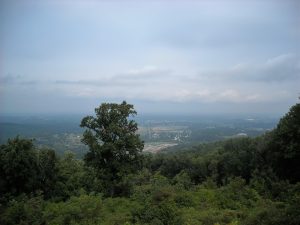 Nobody likes to admit their mistakes, especially if it is a major issue and if we have been stubborn in holding to a position. Jacob had resisted his sons’ arguments about taking Benjamin to Egypt that they might be able to buy food. Some older men will never admit their wrongs, even if plainly shown to be in error. They’re like the captain wanting to go down with the ship. But Jacob made a wise turnabout (43:11-14). Two qualities stand out in his change.

Jacob exercised prudence (43:11-13). He thought through the possible consequences to the best of his ability.

Jacob acted in faith (43:14). He prayed. Having done what he could, he sought God’s blessing on the outcome. Perhaps the Lord will be merciful and all eleven sons will return.

Prayer is important. Recently he had complained, “Everything is against me” (42:36). Now he more wisely sought God’s blessing. He resigned the situation to God’s providence. The former schemer and wrestler bowed himself to wait for God’s will. Faced with a dangerous situation, godly people trust God. Remember what Esther said in a crisis moment. “Go, gather together all the Jews who are in Susa, and fast for me. Do not eat or drink for three days, night or day. I and my attendants will fast as you do. When this is done, I will go to the king, even though it is against the law. And if I perish, I perish” (Esther 4:16 NIV). Do not be mistaken. This was a costly moment for Jacob. His enduring love for departed Rachel, which was expressed in his attachment to Benjamin, was finally sacrificed.

Having made his decision, Jacob had to wait for the outcome. That wait would last at least several weeks, perhaps a couple months. A believer must live by faith to the end of his days. Let us learn the patience of faith instead of striving with God.