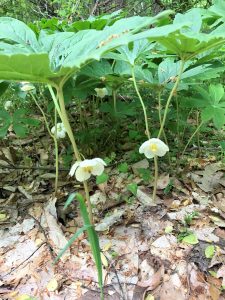 Difficult times in our lives are opportunities for God to work and for us to grow in grace and the knowledge of the Lord. They are also occasions for God to develop us to serve him and others in new ways. Though Joseph was in prison, the Lord was with him. That was all that was needed to prepare Joseph for his life’s mission. What happened? Joseph became an interpreter of dreams (40:5-19).

At this point, we observe the mingling of God’s providence and human responsibility. They are seldom far apart, though we might not observe both. God caused the cupbearer and the baker to dream about their future in a figurative way. The Lord has immediate access to the spirits of people, which he can use for his own plans (Proverbs 21:1). Joseph rightly inquired into the cause of their dejection. Evidently, dreams like theirs came with a certain terror to their minds (41:8; cf. Daniel 2:1; Matthew 27:19). Their faces revealed their inward turmoil (cf. Nehemiah 2:2). Joseph spoke with compassion and kindness. This act of kindness led to his release from prison. Regardless of the outcome, we ought to care when our neighbors sorrow. In this case, God used his concern to help him.

Joseph heard and interpreted the dreams. He began by honoring God (40:8). They were locked into a pagan, worldly approach to the subject. “Go to the experts; they can help you.” But they had no “experts” to turn to. Our country has heavy traffic in astrology, seances, counseling, and such things to find solace. Everything except humble, believing prayer. Joseph pointed them to the living God. It was like Joseph told them, “This is beyond human ability. You need God to intervene. Perhaps he will reveal the meaning of your dreams. I will intercede with him for you.” The revelation of the future is God’s business. I make known the end from the beginning, from ancient times, what is still to come. I say, ‘My purpose will stand, and I will do all that I please’ (Isaiah 46:10 NIV). In our witness to our neighbors, we should reassert the proper relation between God and mankind.

Joseph told the chief cupbearer a favorable interpretation. He assured him that he would be restored to his old position in three days. Great changes can occur quickly. Note well: Joseph could foresee the chief cupbearer’s release, but not his own. A godly man with insight does not know everything. He asked the chief cupbearer to remember to show kindness to him. While we ought to patiently endure suffering, we also should use lawful means to get release from it (cf. Matthew 10:23). Joseph spoke the truth about his case without disparaging others. “When we are called to vindicate ourselves we should carefully avoid, as much as may be, speaking ill of others” (Henry).

He told the chief baker an unfavorable interpretation. As God’s minister, Joseph must tell the truth. False comfort of the ungodly is damaging to their souls. Clearly, the second man also looked for hope. “Here’s a fellow with some good news.” But he had only death to prepare for. God gave the baker a rare gift. He knew in advance the day of his death. The Bible does not say what use he made of this warning. If we knew the day when the Lord Jesus was returning, would we live differently?

The interpretations of the dreams happened (40:20-23). The occasion was an ancient birthday party for an absolute monarch. There is nothing wrong with such celebrations, provided they bring honor to God. Pharaoh celebrated by demonstrating his power. “I can restore or condemn men as I see fit.” But in reality, these things are in God’s hands. However, the chief cupbearer forgot Joseph. “This was probably no more than the usual lack of concern on the part of the high and mighty for the lowly and the disadvantaged” (Aalders). Whatever the reason, God had his hand in it. His time had not yet come for Joseph’ s release from prison. Let us remember that one of God’s answers to our prayers is “Wait.”