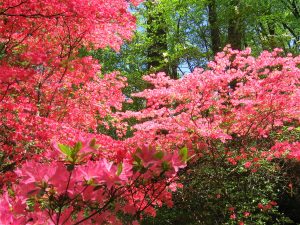 They will perish, but you will endure; all of them will wear out like clothing. You will change them like a garment, and they will pass away. But you are the same, and your years will never end (Psalm 102:26-27 CSB).

God is immutable. “The unchangeableness of God is linked to his eternity… but they are not identical. The eternity of God means that God has always existed and will always exist; nothing comes before him, nothing after. The unchangeableness of God (immutability) means that God is always the same in his eternal being” (Boice, The Sovereign God, p. 183).

It is important that we invest time to understand this attribute and listen carefully to what the Scriptures actually teach. It is hard to understand because creation and we change constantly. There are three general ways that God is unchangeable:

Having stated these three truths, let us think about them. First, God is unchangeable in his being (Psalm 102:26-27). This means that we always worship the same God. The living God is not in the state of becoming something; he is the “I AM”.  “God is the exact same God and not something different. The God of the New Testament is not different from the God of the Old Testament. He is not older, wiser, more knowledgeable, bigger or smaller, greater or lesser, stronger or weaker. Only ONE God, as the eternal I AM, is the same yesterday, today, and forever” (Morey, Battle of the Gods, p. 211, his emphasis). This provides a rock of stability to us. If God could change, how could we ever depend on him? For example, what if his power was diminishing? We could not be assured of eternal life, because his power is necessary to sustain ours. Let us rejoice that God does not change!

Second, God’s attributes do not change (James 1:17). “What peace it brings to the Christian’s heart to realize that our heavenly Father never differs from himself. In coming to him at any time we need not wonder whether we shall find him in a receptive mood. He is always receptive to misery and need, as well as to love and faith. He does not keep office hours nor set aside periods when he will see no one. Neither does he change his mind about anything. Today, this moment, he feels toward his creatures, toward babies, toward the sick, the fallen, the sinful, exactly as he did when he sent his only-begotten Son into the world to die for mankind” (Tozer, quoted by Boice, p. 187).

“First, we have already stated that the immutability of God concerns the being of God. None of the passages in question speak of a change in God’s nature, but rather describe some act of God. Second, all of these passages describe a change in God’s works in terms of his revelation, relationship, or attitude toward man” (Morey, p. 222).

When we say that God is unchanging, we do not mean that he lacks emotional expression toward his creatures in conformity with his holiness, love, and justice. The personality of God demands that he has emotions, like we do, because we are created in his image. When God tells us in these passages that he “repented”, he is revealing his sorrow over the evil situation that occurred, just as we would say, “I’m sorry I ever did that,” though we might make exactly the same choice again for various reasons of love, truth, or justice.

The historical outworking of God’s plan of redemption might appear to show that God has changed his mind (from the fall to the old covenant and then to the new covenant), but that is an apparent change only. God revealed his plan in stages, and now with the New Testament Scriptures, we have the full revelation of his plan (Ephesians 3:2-11; 2 Timothy 1:9-10; 1 Peter 1:10-12).