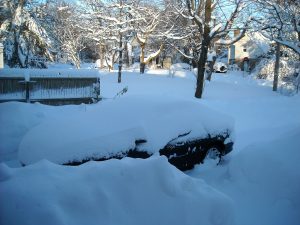 In part one, we saw how the life of Joseph and his family was about to change through a seemingly insignificant and harmless event: his trip that his father Jacob sent him on out of concern for Joseph’s older brothers. In Genesis 37:18-28, we see how an act of malice started them all on the path to lasting change.

They were intent on venting their wrath wrath against Joseph. But they saw him in the distance, and before he reached them, they plotted to kill him. “Here comes that dreamer!” they said to each other. “Come now, let’s kill him and throw him into one of these cisterns and say that a ferocious animal devoured him. Then we’ll see what comes of his dreams” (Genesis 37:18-20 NIV).

Their hatred had brewed for so long that the mere sight of Joseph brought them to the verge of murder. Sin long nurtured in the heart waits only for an appropriate moment to wreak destruction. Sin causes hardening of heart. But encourage one another daily, as long as it is called “Today,” so that none of you may be hardened by sin’s deceitfulness (Hebrews 3:13 NIV). Hatred and jealousy made them want to murder, but sin did not stop there. For they planned to lie to cover their murder, and pride made them dream of boasting they had defeated Joseph’s dreams.

No person is strong enough to hold the reins of sin. That lusty stallion can drag any presumptuous man or woman off to certain ruin. The wise course of action is to flee from sin, seek cleansing from its guilt and influence by the blood of Christ, and to put it death with the help of the Holy Spirit.

However, while Joseph’s brothers plotted evil against him, the living God was also at work. He acted behind the scenes to restrain their wrath (37:21-28). There are three clear ways that the Lord did this.

The Lord God acts in many ways to accomplish his will. As has been said, God uses crooked sticks to draw straight lines. Our responsibility by grace through faith in Christ is to be “straight sticks” ready for God’s use.  As we read in the New Testament Scriptures, Those who cleanse themselves from the latter will be instruments for special purposes, made holy, useful to the Master and prepared to do any good work (2 Timothy 2:21 NIV).