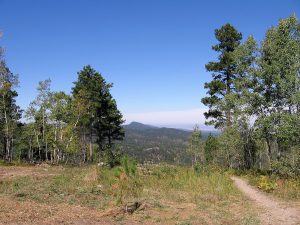 I have written something to the church, but Diotrephes, who likes to put himself first, does not acknowledge our authority. So if I come, I will bring up what he is doing, talking wicked nonsense against us. And not content with that, he refuses to welcome the brothers, and also stops those who want to and puts them out of the church (ESV).

A local church is a spiritual family, a gathering of brothers and sisters in Christ, children of the Father in heaven, a temple of the Holy Spirit. These truths set forth what we are because of God’s grace. An assembly of the Lord’s people should joyfully celebrate the blessings of grace and radiate love for one another. It is to be the place where all are welcomed and accepted for Christ’s sake. Therefore welcome one another as Christ has welcomed you, for the glory of God (Romans 15:7 ESV). As the old hymn says, “When we walk with the Lord in the light of his Word, what a glory he sheds on our way!” Being with people who are jointly being transformed from one degree of glory to another should be a foretaste of heaven (cf. 2 Corinthians 3:18).

Sadly, this is not always so. The Apostle John warns us about this sad truth in the above words from his third letter. There are people, who while they profess that a local church is a gathering of believers, think it is a group of people for them to control. They love power and preeminence rather than people. John unmasks these people for what they are – they are lovers of self (cf. 2 Timothy 3:2). In their heart, they have a problem with authority, not theirs of course, but with God’s authority, which John exercised as an apostle of Jesus Christ. They refuse to humble themselves to the authority of the word and then to act with love and respect toward their brothers and sisters in Christ.

Two evils come from such wickedness, which often masquerades as holiness (cf. 2 Corinthians 11:13-15). First, they talk wicked nonsense against other leaders in the church. They tell falsehoods about them, portraying them as out of step, outdated, incompetent, or having an agenda that won’t attract the world. Second, they refuse to welcome the brothers. Obviously, this does not refer to everyone in the church, or they would not have anyone to rule over. It means people in a local church that are not of their class, burdensome, or otherwise less than desirable. They imagine the church as a sophisticated, classy group is filled with beautiful people – in worldly eyes. They need to submit to 1 Corinthians 1:26-31. For this reason, they force out people that don’t measure up to the kind of church members they desire. Those who try to stand up to their wickedness are put out as discontents and troublemakers.

Since this kind of people worm their way into churches, the Apostle John warned Gaius against them. We should not be naïve. It happens too often. It can happen in any kind of church, organic or institutional, because pride works in all hearts. John also told Gaius that he planned to act against the wicked Diotrephes, if he could come. Like Peter and Paul, John had special power as apostles to set matters right. Read Acts 5:1-11 for a fearful example. But John did not know if he could go to help Gaius, so he hints at the action that the church ought to take against the evil man trying to rule over people.

This is an unpleasant subject to consider. At times the friends of godliness finds themselves outnumbered and their local Diotrephes acts against them. Do not be discouraged. The Lord knows those who belong to him. What we all should gain is what the Lord intends for his churches. They are to be gatherings of love, joy, and peace; they are to be partners in spreading the good news of the Lord and Savior everywhere. Pray for your group. Strive to keep it a church where the peace of Christ rules in everyone’s hearts!