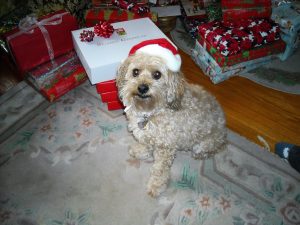 One day I took Shelby, our old cockapoo, to the vet. During the visit the doctor and his assistant asked me about my sermon title for the week. I replied, “It’s ‘Up and Down’.” And the vet quipped, what is that about—the economy?” And I responded in jest, “No, it’s about the stock market.” Actually, this article is about neither, for which I am glad. Nor is the intent to provide a segue to talk about the negativity in our culture. For example, why don’t we say, “Down and up”? We naturally say, “Up and down,” concluding with the negative. I will leave the topic for those so disposed to ponder such esoteric matters. Instead, the title simply reflects what happened near the end of Jehoshaphat’s reign as king of Judah. By God’s grace, some positive events occurred, but by yielding to wrong desires in their hearts, some negative outcomes happened.

How does this happen for us? It flows out from hearts thrilled by redeeming, cross-centered love, resurrection hope, and ascension joy. It happens as the Spirit of God takes what is true of the Lord Jesus Christ and makes it real, very real in our souls.

The Lord gave them peace (20:29-30). The message about the Lord’s victory produced fear in the unbelieving nations around them. God rules in the hearts of people. As he defeated the armies by a panic, so here he kept Judah in peace by producing great fear in the hearts of the ungodly. From Jehoshaphat’s perspective, the peace came as a gift from God. Every enemy is defeated, and they could rest. How we long for such days! Most of my life has been filled with two tragic wars: the Cold War and the War against Terrorism, in addition to Korea, Vietnam, the two Gulf Wars, and endless conflicts and civil wars around the world. How quickly that brief period of peace after the Cold War passed. Yet that is the character of the last days: wars and rumors of wars. Jehoshaphat and his people had a special blessing from God.

So then, we ought to praise the Lord for greatest peace, which is peace with God through our Lord Jesus Christ (Romans 5:1). But do you have peace with God? Or do you feel a deep unrest in your soul, wondering if God is really on your side? You may have peace by believing in Jesus who died and rose again, in order that people might be right with God.

Sadly, there were false steps at the end (20:31-37). One was the incomplete reformation of religion (20:31-34). Jehoshaphat lived rightly in many ways. He sought the Lord, kept himself from idols, and tried to lead his people into total commitment to the Lord God. However, he could not accomplish two things. He failed to remove the high places, where sacrifices had been offered prior to the building of the temple. This led the people from the purity of worship that God demanded. You see, we may not worship God as we choose. The old covenant people were required to worship in Jerusalem at the temple with the sacrifices that God required. We who are God’s new covenant people must only worship God through Jesus Christ, our better temple, perfect priest and spotless sacrifice. Christ and the gospel are the focus of our ongoing relationship with God, and not a place nor a system of rituals. Today, the Reformation is still incomplete. Far too many who call themselves Christians still focus on their own “high places”, instead of the reality of Christ. Far too many seek God through ritualistic forms, instead of according to the Scriptures alone, by grace alone, through faith alone, in Christ alone—to God alone be the glory! Let us pursue an ongoing reformation of faith and practice.

The real problem was that the people did not have a heart for God. The law could not give this. It only comes by grace, as the Spirit takes the Word and breathes life into people, so that they have a change of mind and believe in Jesus. Has this happened to you?

Almost unbelievably, Jehoshaphat made another alliance with the ungodly (20:35-37). You almost want to cry out as you read these final verses about Jehoshaphat, “No, he could not have done this! Didn’t he learn his lesson when he allied himself with Ahab?” Clearly, he had not learned. Does Jehoshaphat remind you of anyone you know very, very well… I mean yourself? Why are we so stubborn? Why don’t we learn? It is because we still have sin in us, and we fail to put it to death and to walk in faith, following Jesus Christ as Lord. We ought to live better, since we have the finished Bible and the indwelling Holy Spirit and the fellowship of other true believers. But too often we don’t. Jehoshaphat’s example is written for our instruction. These things happened to them as examples and were written down as warnings for us, on whom the culmination of the ages has come. (1 Corinthians 10:11 NIV).

So, what happened? The Lord sent another prophet who announced the Lord’s discipline on Jehoshaphat. His grand fleet would be destroyed by the Lord. And all his dreams of more wealth through trade disappeared! Why did he act so wrongly? This is a place where the Spirit doesn’t give us all the answers. He wants us to think. Instead of wondering why he failed, use this text as a springboard to think through the reasons that you fail.

What can we learn about such matters as persevering faith, submission to the Lord and his word, contentment with what God has supplied, and staying on mission? Look at that list and think about weaknesses on your life. Circle one of them. On your own, reread this entire account about Jehoshaphat and ask the Spirit to teach you what you need from your Lord and Savior, Jesus Christ.