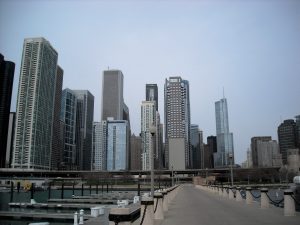 Jesus states the necessary attitude found in all those following him. Whoever would follow Christ must love him above all others. First, we must grasp the meaning of hate in this context. The Lord definitely is not teaching that we must cultivate a malicious spirit toward others (and ourselves!), if we are to follow him. That would be contrary to his teaching in many places (Matthew 5:43-45; 22:37-40; John 13:34-35). In addition, a comparison with Matthew 10:37 shows that hate has the meaning of “love less” here. Think of the example of Jacob and his wives. And he went in also unto Rachel, and he loved also Rachel more than Leah, and served with him yet seven other years. And when the Lord saw that Leah was hated, he opened her womb: but Rachel was barren. (Genesis 29:30-31 KJV). Instead, the Christ is teaching that our love for him must surpass our love for anyone else. If required, we must reject others and even our own lives to follow him.

Our Lord “only meant that those who follow him must love him with a deeper love even than their nearest and dearest connections or their own lives. He did not mean that it is an essential part of Christianity to quarrel with our relatives and friends. But he did mean that if the claims of our relatives and the claims of Christ come into collision, the claims of relatives must give way. We must choose rather to displease those we love most upon earth than to displease him who died for us on the cross.” [Ryle]

It is often the case that fathers do not want their sons to get involved with new ideas in religion and that mothers do not want their daughters to turn away from a liberated, party-filled lifestyle. Jesus was not talking lightly when he said that a man’s enemies would be those of his own household. You must be willing to offend your family rather than offend Christ. On the other hand, the Lord has often used such a committed testimony for the salvation of one’s family.

Whoever would follow Christ must carry the cross. Please read carefully, because I don’t want to unnecessarily offend anyone. For hundreds of years, Christians have basically considered the cross as a symbol: something to be worn as jewelry to make a statement about one’s faith. It is pretty and polite. But Jesus is not talking about any such thing. Whether you wear a cross or not is a matter of Christian liberty. But don’t let a piece of jewelry interfere with your understanding of the cross.

Whoever would follow Christ must value Christ above anything. At this point we could enter a lengthy discussion about the Biblical teaching of personal property, work, our enjoyment of material blessings, and the practice of giving to meet the needs of others. To briefly summarize, the Lord is not demanding that we absolutely give up all our possessions. Instead, the real question is not, as many have pointed out, “Do I have such and such?” but “Does anything have me?” Now that could easily sound like I have just left you off the hook. Someone might be saying in his or her heart, “Whew! That was a close call! I just want to live in comfort and to enjoy all my stuff and….” And may I interrupt to dare to suggest that something in this world has hooked you tight!

Have you ever fished? Sometimes when you attempt to set the hook, the fish swallows the hook. You have really caught a fish, and that fish has a serious problem. Sometimes you can use a “dehooker” and the fish will survive and can be set free. But other times it is all over for that fish! You are a little fish that has swallowed a barbed and snelled hook and you can’t get yourself loose! And only the Lord Jesus Christ can take that hook of the love of possessions or other people or your life out of you. If you will not ask Jesus Christ to take that hook out of your soul, at the end of your life it will be ripped out, and you will die… forever.

The point of each of these three statements is that we must realize the surpassing greatness of knowing the Lord Jesus Christ and consider all things rubbish that we might have gain Christ (Philippians 3:7-9). I can’t show you’re the glory of God in the face of Christ, and you can’t show it to yourself. But I know One who can, and I advise you to get down on your knees and to cry out to him, saying, “Lord, have mercy on me! Show me your glory and exceeding goodness that I might trust in you!” Until that happens, you cannot follow him.

Jesus gave a challenge to those thinking of following him. Consider the contractor.

Have you estimated the cost?