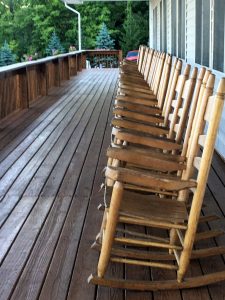 The Lord provides his followers or learners with much instruction in his word. All of us need the teaching of God’s word in our daily walk with the Lord. The Spirit of God uses the teaching of the word to develop Christ-likeness in us. At times he uses the commands and exhortations of the word. At others he uses wisdom teaching (like in the Proverbs). He also uses the “big picture story” to provide clarity to our thinking and to help us understand life. The Holy Spirit directs us with good and bad examples that provide patterns that we should follow or avoid.

Isaac did not have the Scriptures, and so he lacked these forms of instruction. He had the traditions of what God had revealed to Adam, Enoch, Noah, and his own father Abraham. He also had the clear instruction that we considered in our previous article. However, that is the sum of what he had from God to direct his way of life. (The conscience is not a guide. It merely accuses or excuses according to what a person thinks is right or wrong. Compare Romans 2:15.)

We need to remember these things as we consider the reading for today. What did Isaac know? He knew God’s promise that the Lord would be with him and would bless the nations of the world through his offspring. This was a tremendous promise to Isaac. God intended that Isaac build his world and life view in conformity with this word from God. He had every reason to be very confident in every situation of his life. He could expect God to act for his good (cf. Romans 8:28). Yet Isaac was human and sinful like all of us. He did not trust God to protect Rebekah, his children, and himself, in what appeared to be a dangerous situation.

Isaac became afraid when the men of the area, ruled by the Philistines, asked about Rebekah. He knew that she was beautiful; in fact, she was very beautiful (24:16). Let us pause the story for a moment. God had given marriage between one man and one woman as a gift to all people. This was long before the teachings of the Bible about sexual morality and marriage. People across the world have honored marriage throughout human history, and have respected in some manner the relationship that a husband and wife have to each other; namely, that it is wrong to violate the marriage covenant between a man and a woman. Certainly, people have committed adultery through ages, and that is always sinful. Although people commit adultery, they know it is wrong, even if they might be unable to give a biblical explanation for its sinfulness. For this reason, Isaac’s thoughts went in another direction: “If they know that this beautiful woman Rebekah is married to me, they will kill me so that they can take her.” Violence as well as sexual immorality is part of mankind’s sinful story. Now, let’s resume the account.

Isaac came up with a plan, which was the same plan that his father Abraham had twice used when he and Sarah went to Egypt and when they returned to Canaan (cf. Genesis 12:1-20; 20:1-20). It was a wrong plan. Regardless of the fact that the Lord had twice rescued Abraham and Sarah from evil consequences, Isaac had no right to follow his father’s poor example. We all need to act godly and boldly to break “generational sin patterns”. Isaac told people that Rebekah was his sister, instead of his wife. This was a sin against God, his wife, and the Philistines. He lied before God and to the Philistines, he disrespected his wife and failed to protect her chastity, and acted in fear rather than in faith.

At first, Isaac’s plan seemed to “work”. Sinful plans can seem to work. Wicked people can prosper in their ungodly ways. But God’s word warns us that they do not “work” forever (Psalm 73:15-20). Isaac thought he could pull of his deception while having secret getaways with his wife. But one night the Philistine king discovered Isaac and Rebekah having a rather amorous rendezvous.  He came to the quick and correct conclusion that they were married.

The Philistine ruler confronted Isaac with the deception and demanded an explanation. Isaac did the right thing and told him. To his surprise, Abimelech protected Isaac and Rebekah. Isaac discovered he had nothing to fear, and that his deception of the Philistines was needless.

Let us learn from Isaac’s mistake of following bad examples, including those we have “inherited” from our parents. Our Lord expects us to follow him, and not be blind followers of parents, or friends for that matter. The word of God is the standard for the Christian’s behavior and not what others appear to get away with doing. If others have set you an evil example of anger or lying or gossip, by God’s grace in Christ, you can walk in new ways of righteousness. May the Lord help all of us to avoid bad examples!