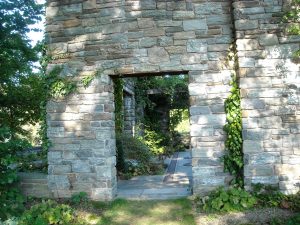 God brought Asa and his people to the time to act in faith (14:9-15). God constantly does this. Part of his purpose for his people is to declare his praises (1 Peter 2:9), and we do this when we trust God and demonstrate his surpassing glory by a life of faith. Do not be surprised when trials come when you must rely on the living God. Be ready to believe; be expectant of God’s grace.

I repeat, in a fallen world, times of crisis and fear will come. This world is not heaven. The people in it are marked by rebellion against God. Therefore, they do not love God or people. They are greedy and lust for what others have. Those who have worldly wealth try to get more at the expense of those who are weak. Those who lack worldly wealth assume they are right in trying to take from those who already have. How did this happen to King Asa and his people?

An attack came from the area southwest of Israel. Zerah led a very large army against Judah. Although Asa had prepared wisely, he could not absolutely prevent the greed of others who wanted to rape and pillage. Do not think that if you follow Christ, then others will join with you or respect you for doing so. If you stand in the way of their lusts, they may try to ruin you to enrich themselves.

The approaching attack required Asa to lead his army to a defensible position southwest of Jerusalem. Mareshah had been fortified by Rehoboam years before (cf. 11:8). It was wise to put his army in the best forward place for defense, before the enemy could do additional damage.

In a time of fear, Asa exercised faith in the Lord (14:11). Though he acted responsibly with his army, he did not rely on his own strength. Instead, he also did the best thing he could do. He prayed to the living God, who rules over all.

What happened? Many in our time are not convinced about the significance or prayer. Yes, I know that people ask for prayer when they think there is no other hope. But do they actively seek the Lord as able to act in space-time history as a usual part of life? What do even most Christians do? They strategize; they put out calls for action from like-minded; they dream of political solutions. But pray? Faced with Zerah’s army, would today’s western Christians call out to the Lord in faith, or would they melt away in fear. My friends, the “armies of Zerah” are coming, they will always come, and the followers of Jesus Christ must call upon Lord in faith!

We serve the living God, who is able to do much more than we ask or imagine (Ephesians 3:20-21). If we consider only our own resources and live according to opinion polls, we can get very discouraged. But if we trust in the Lord and call on him, as Asa did, then we may see him act in unexpected ways for his glory and our good. Now is the time to exercise strong faith in the living God. Desperate situations call for fervent prayer to the Lord of all. We might be powerless, but we serve the all-powerful, Sovereign Lord. Let us call upon him now.