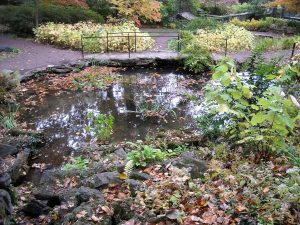 As I read our Bible reading for last week, I thought about the sad account of Jeroboam I of Israel. Like Solomon before him (1 Kings 3:10-15), the Lord gave him a conditional promise, after Solomon had turned to worship idols in the latter part of his reign. The Lord explained Solomon’s disobedience to Jeroboam and made this promise to him: “However, as for you, I will take you, and you will rule over all that your heart desires; you will be king over Israel. If you do whatever I command you and walk in obedience to me and do what is right in my eyes by obeying my decrees and commands, as David my servant did, I will be with you. I will build you a dynasty as enduring as the one I built for David and will give Israel to you. I will humble David’s descendants because of this, but not forever’” (11:37-39 NIV).

Let’s notice a couple things about this promise. We need to think through this promise to grasp the tragic character of Jeroboam’s failure that we will look at next time.

In the Bible, God has made an offer of eternal life to people. We can take the promise of eternal life through faith in the Lord Jesus Christ, and tell it to the people that God has placed in our lives. Who is around you to whom you can tell the good news? We have a good promise; let’s tell it to others!