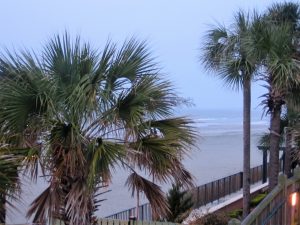 Last time, we read how Boaz followed through on his promise to redeem Ruth, if possible. However, he knew there was an obstacle in his path; another kinsman was a closer relative of Naomi and had the first right to redeem. At first “Mr. So and So” agreed. He saw a perfect opportunity to add property to his estate. However, people were also part of the deal, and he was unaware of this.

So then, Boaz clarified the cost of the deal (4:5). Having shown what his relative was able and willing to do, Boaz proceeded to show what he is not willing to do. Boaz told him that the cost to redeem was greater than he thought. The people of Christ’s time had wrong ideas about the work of the Messiah. They thought that all that was involved was freeing Israel from political oppressors. “Defeat the Romans and we’re free! We believe you can do that Jesus! You can be our king” (see John 6:15). But when Jesus explained them what God’s plan for the Messiah really was, they weren’t interested. They did not want to turn from their sins and to trust in him for eternal life (see John 6:35-66). The cost to have the Messiah was greater than they thought.

Boaz told “Mr. So and So” that he must also marry Ruth to maintain the name of her dead husband (and through him, Elimelech’s name also). In that culture, the first son born to Ruth would inherit all the property that had belonged to Elimelech, and thus his name would not vanish from Israel. (Recall that the people and the land where important concepts in old covenant Israel.) This disclosure revealed the full cost of this redemption. If he redeemed the land, he would not simply gain title to it at the year of Jubilee, because Elimelech would have an heir, and it would go to Ruth’s son. Put simply, the man would be out the price of redemption with nothing to show for it, and his own family would lose the money that he had spent to redeem and to care for Naomi and Ruth. Their inheritance would not increase.

Faced with these conditions, “Mr. So and So” refused to be the kinsman redeemer. It is important for us to realize that he was under no legal obligation to redeem. It was a voluntary act. As far as the law was concerned, he was okay. But as far as love, kindness, loyalty and compassion were concerned, he failed miserably. As far as we know, he had not helped Naomi and Ruth; now, he flatly refused to help. His money meant more than kindness. This is where the story can get uncomfortable! Do we too easily look for excuses not to help others in need? They might need the kindness we can show, but do we look for a way out, for a way to justify our inaction? “It might cost me too much! I might endanger my retirement fund!” Yes, you might. But where are you seeking to build up treasure? “Do not store up for yourselves treasures on earth, where moths and vermin destroy, and where thieves break in and steal. But store up for yourselves treasures in heaven, where moths and vermin do not destroy, and where thieves do not break in and steal. For where your treasure is, there your heart will be also (Matthew 6:19-21 NIV)

For this reason, he handed over his rights to redeem to Boaz. Guess what? He got to keep his money! But there is something else. He vanished from the pages of Biblical history, but God had something better in store for Boaz, though neither man knew it at the time.

In chapter one, we saw the contrast between Ruth and Orpah. Neither one had to return with Naomi to Bethlehem. Both were legally free from any obligation to help her. Orpah took the easy way and stayed in Moab. Ruth made the hard choice of faith and trusted that God would help her as she helped Naomi. And as the story has unfolded, we have seen God’s blessing on Ruth, since she trusted in him. In this chapter, we see two men, Boaz and his unnamed relative, who have a choice to make. “Mr. So and So” made the easy, worldly wise choice, and like Orpah, he walked away from the story of God’s glory and is lost in history. Boaz made the hard, costly choice to redeem and is remembered wherever the Bible is read. What choice are you making? Are you making the easy choice to enjoy life now? Or are you making the hard choice to lay up treasure in heaven?

But we should see more. In the hard choice of Boaz, we should see the One who is greater than Boaz, the Lord Jesus Christ. He did not have to redeem us. He could justly have let us perish forever in hell. But love and kindness stirred him to make the hardest, costliest choice. He chose to take our sins upon him and die on the cross as our substitute, in order to pay the full penalty for us. He did that for us so that we might be free from sin and live forever with him in glory. Are you trusting in Christ our Redeemer? Are you praising him for dying to set you free? Are you rejoicing in his redeeming love? Today, right where you read these words, turn from your rejection of God, your refusal to love God and others, and your rebellion against his ways and trust in the Redeemer, the Lord Jesus Christ. If you call on him, he will save you. If you confess with your mouth, “Jesus is Lord,” and believe in your heart that God raised him from the dead, you will be saved (Romans 10:9).