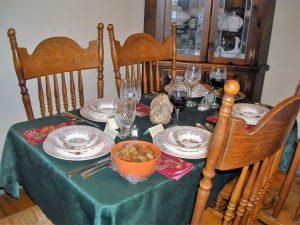 We live in dangerous times. A quick look at today’s news provides unwanted confirmation of that somber fact. To watch the evening news in a metropolitan area is to see a recount of a number of murders, armed robberies, or other acts of violence. Boaz and Ruth also lived in a dangerous time, the time of the judges.  In those days Israel had no king; everyone did as they saw fit (Judges 21:25).

Boaz protected Ruth’s person. He told her to stay with him the rest of the night. There was good reason for this, since this was a time of celebration, and men could be wandering around drunk late at night, and Ruth might be harmed. There are situations that a woman should avoid, especially a young woman. A mature man knows these situations and protects the woman.

Boaz acted in a sexually moral manner. This is indicated by the Hebrew word translated “stay here” (or “lodge”) used in this context. It has no sexual connotations. Being a Christian is not an excuse to act in a foolish manner.  A man knows how men are and acts wisely. Young women take far too much pride in their freedom and go to places and at late hours that are dangerous. You can be godly and street smart at the same time.

Boaz protected their reputation. He wanted to avoid any hint of sexual immorality. If people found out that they were at the threshing floor together, no amount of explanation would clear their reputation. It is better to avoid giving material to gossips. He also would avoid complicating problems about redeeming Ruth. If anyone found out about their midnight rendezvous, it could make the process difficult. Please don’t complicate problems! If something is bad, don’t make it worse!

His kindness added provision (3:15-18). Boaz gave fullness for the present. Boaz had already done a lot for Ruth and Naomi. He had even done more than the old covenant law required! Yet he decided to do more. Boaz was a very generous man. He did not think about the least he might do, but what the two widows needed. This is the way of love. Be assured that when you give generously for Christ’s sake that he notices everything you do (Matthew 25:34-40). This is God’s way of love (John 15:12-13), and Christ is the supreme example of it.

He did something immediately (for the “now”) to help her and Naomi. He gave her six measures of grain. Six might simply be a fact, but it could be symbolic. He did not give seven, since seven was the number of completeness, so he stopped at six. There was the promise of more to come. Though we cannot be exact, it seems that he gave her about 60-95 pounds of grain to carry home. Yes, Ruth was a strong young woman! This was for Naomi, since he had promised to marry Ruth if possible. Guys, if you’re really interested in a girl, be very nice to her mother. For example, if you take a young woman out to the Cheesecake Factory, buy an extra piece of cheesecake for her to take home to her mom.

Boaz provided confident anticipation for the future. He returned to town to do what he promised. Boaz was on a mission. The next place we see Boaz is at the city gate, where such actions occurred. This illustrates Christ going to Jerusalem to accomplish our redemption. Naomi saw that his action gave hope for the “not yet”. Things were going to change, because Boaz went to town! She reassured Ruth that Boaz will do what he promised.

The Lord Jesus Christ has already accomplished redemption by shedding his blood on the cross for the forgiveness of our sins. He rose from the dead that we might be right with God. He ascended to heaven to pour out the promised Holy Spirit, and now he lives to intercede for us, waiting for the time set by the Father to return in power and great glory. Is Christ your Redeemer? He will set you free from sin and death and condemnation, if you turn from your sins and trust in him. Right now is the time for that to happen. Right where you sit, you may call on the Lord Jesus and be saved.