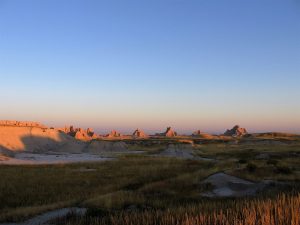 God knows what happens in our world. He knows the joy and the sorrow of every person. God also remembers the promises he has made to people. God had made a covenant with the Patriarchs of the Hebrew people to give them the land of Canaan (6:4). He had also told Abraham that they would not gain the land for four hundred years, during which time the people would be enslaved and mistreated (Genesis 15:13-14). God told Moses that the time had arrived for the Lord to remember his covenant promise. We can only understand God’s plan when we take the position of learners and confess that his way is best because he is God. It’s not about us, but about him. When faced with hardship, this can be a very troubling truth, until we grasp that the Lord also works through our adversity for our greater good. This good purpose involves a God-initiated relationship. Here is the way that the Lord would act to make the descendants of the Patriarchs his people.

So then, God took the initiative to make them his people and to provide for them. And Moses told them the message that the Lord had told him to tell them (6:6, 9). However, they failed to listen to God’s words, because of their discouragement and experience of cruel bondage. An assessment of Moses’ situation from a worldly perspective was bleak, as he well understood. This made the whole conversation rather dissatisfying to Moses. If a message with great promises could not convince Israel that God was soon to help them, how could a bare command to a cruel monarch persuade him to let Israel go?

This is the reason we need to have faith in God and his words, especially when everything seems to be against us. How is your faith in God? Does it fill you with hope? Or can you see no further than your present dissatisfaction with what God is doing now? Trust in God.