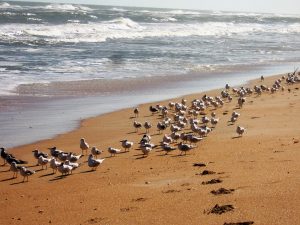 Our text presents an unsatisfying conversation that the Lord had with Moses. The Lord’s servant presented his complaint to the Lord, and God responded by giving his promise for immediate action. I have no idea what Moses expected the Lord to do, but as the end of the section shows, the answer did not satisfy him. It amazes me how we can act like Moses. For example, people will pray, and God will answer precisely, but doubt lingers, like some still doubted after they saw the risen Christ (Matthew 28:17). Our Father in heaven knows our weaknesses, and he doesn’t stop his plan to wait for us to arrive at full satisfaction about our complaints, questions, or fears. Having answered Moses, God moved on to other matters that Moses needed to learn, so that he could teach others.

Before the lesson, the Lord chose to preface it by setting it in the historical context of the story of his glory. We see two main presentations in the Bible. The first is the narrative of the story of God’s glory in Jesus Christ through salvation by judgment. The second is God’s commentary on or explanation of the narrative. Here, God talks to Moses about part of his story that will set the stage for the next step in his plan for his people. You see, God’s plan was not simply to rescue them from something, but to rescue them for something better. People tend to focus on the “from” part, since no sane person likes to suffer. But the Lord not only wants to end the pain but to increase the joy by sharing his glory and goodness with us. People go wrong by the delusion that they can have an incomplete rescue (the “from” part) without friendship with God (the “for something better” part). But rescue apart from God will only fall back into a deeper experience of bondage and pain (cf. Luke 11:24-26). For this reason, they needed more than an immediate rescue from the bondage and pain of Egypt. They needed a relationship of God that would bring them to a better position as his people.

All this information was crucial for the way of life of Moses and Israel through the exodus. All that the Spirit of God has revealed in the Bible is also crucial for our way of life now. Are you in suffering? Listen to God’s word. It is important for you to know how to live with the living God now, while you wait for the day of salvation.