These are words of continuation. These are the words in
the first book of the Bible, Genesis. God included them in the account of creation, over and over again. He 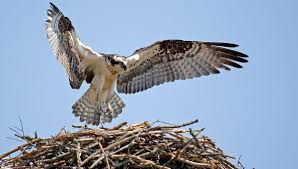 wanted us to know, and the way many of us learn is by repetition.

Do I know these words? I have read them since I was a child.  I was reading them again on the very first morning of 2016 when I read the words, “let the birds fly above the earth across the expanse of the heavens.” It caused a mental picture to return to me.

On Christmas Eve, Dave and I were on our way to Fort Dix, NJ to visit a man in prison. The breeze was strong and approximately 500 sea gulls were enjoying the currents in the air all around us. It felt like we were in a giant snow globe! It was a beautiful moment; one in which I had to capture in my mind.

Today it all came back as I read the words in God’s story of creation. He said, “Let the birds fly above the earth across the expanse of the heavens”, and my mind went to many other times when birds made me stop and acknowledge God. Many birds are creatures of beauty, and one of those beautiful birds made a stop to our tree last winter as I was shoveling snow from the sidewalk. Within feet sat a pileated woodpecker trying to find grubs, pecking the wood while I circled him to get pictures. His red head on top of his big black and white body against the backdrop of the winter snow was gorgeous. His knocking went on far after I went inside. Later on I went out to see 3 holes in the trunk where he had been looking for food. I hoped he found something. God takes care of His creatures and I thanked Him for allowing me to see such a bird in my yard!

Traveling up the Chesapeake on a birthday cruise later on in August, for my cousin’s wife, Vickie, we spotted an osprey and little chicks high on a pole in the water. There was a mother raising her little ones alone in the middle of the river! Later on that very same day we saw an eagle sitting high in the pines eyeing us as our boat left waves in the water.

Whether it is in the cawing of crows in a field at Tyler, the flash of a blue jay, the sweet song of robins outside my window, or the chirping of sparrows in a nearby bush, they all seem happy in their praise to God who created them. I stood at the door of Bonnie’s house, where I teach a chapter from the book of Romans on Wednesdays, and listened to a whole flock of birds gathering food at the base of a blooming cherry tree! “It doesn’t seem like winter this year”, I spoke aloud. “God thank you for giving us beauty!”

So it is on Scripture our minds can meditate and on God’s magnificent creation in our daily routines. After all, God said, “it was good”!