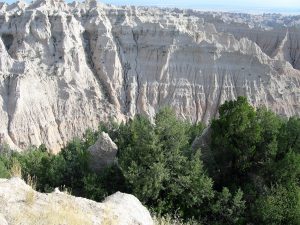 June traditionally has been the great month for weddings, which means it is also the time for anniversaries. This means it is a season when we see family members that we haven’t seen for a while. At these gatherings we also meet people that we’ve never met. I suppose everyone has had the experience of sitting at a table at a party where you didn’t know have the people. This means that we have the opportunity to expand our circle of friends, even if it is only for the afternoon or evening.

Usually, people share some general information about themselves: their names, where they live, their occupation, how they know those being honored, etc. However, when the exchanging of information is done and those who are adept at conversation have others participating, we know that we know little about the other people, except for a list of facts. We have not shared life with them, and so we don’t know who they really are.

In religious circles, people assume that they can know God by learning a list of facts about it. This happens in many ways: in Sunday school or catechism classes, in Vacation Bible School, or if one’s parents were especially devoted to God, by their parents’ kind instruction. When they mature, it is easy to continue the trend by reading books that give more lists of facts about God with philosophical discussion about those facts; namely, theology books.

The true and living God did not write a theology book when he spoke to introduce himself to us. Instead, he told his story. By telling his story, he explains his plans to us and invites us to share life with him. Sharing life with God is the experience of his glory, love, joy, and peace. We glorify him, and he promises a share in his glory forever. As we come to know his story, he uses its message, its good news, to bring us to new birth by the power of his Spirit.

Today, let us listen to the living God introduce himself. In this introduction we do learn facts about him, like in all introductions, but he does this to set the context in which we might really know him, and not merely a list of facts about him. How does he start his story?

God does all this in a form of a story. Listen to his majestic revelation of who he is and how he wants us to know that he desires what is good for mankind. God did this so that they would seek him and perhaps reach out for him and find him, though he is not far from any one of us (Acts 17:27 NIV).